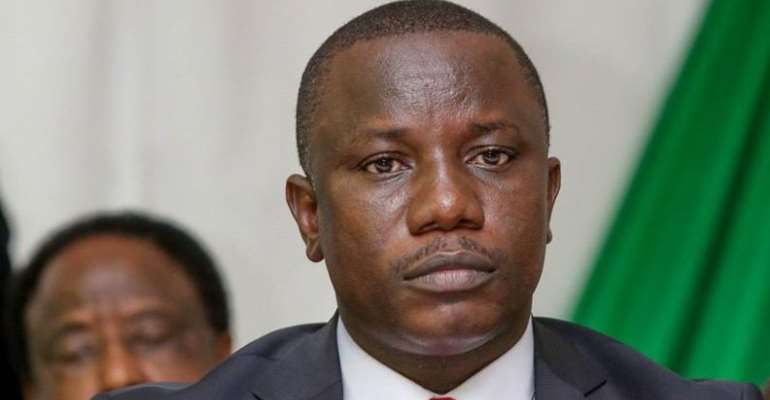 The Minister for Defence, Dominic Nitiwul says civilians must not also provoke soldiers assisting to enforce the lockdown of Accra, Kasoa, Kumasi and Tema with a human face.

He said civilians must not take advantage of the humanitarian assistance the soldiers are giving to the police in the operation to incite them or take videos of them.

The Minister, who toured parts of Accra on Tuesday to assess the level of compliance of the lockdown and the operations of the deployed security personnel told Citi News‘ Umaru Sanda Amadu that the alleged assault against some civilians are being investigated and appropriate sanctions will be applied to erring officers.

“It is a humanitarian exercise for the people. It is not a combat exercise, that is why you don’t see them [soldiers] use force on anybody but they try to talk to the people to make sure that they generally stay off…I want to urge the people to cooperate so as not to give the security agencies any problems,” he said.

He said the soldiers had no intention to intimidate civilians with their presence of equipment but were focused on ensuring compliance with the directive.

Dominic Nitiwul added that, no photos or videos should be taken of security personnel as they go about their work.

“I will advise people to stop taking photos and videos of military people, police people operating and uploading them online to cause mischief. I will advise the general public to stop it,” he warned.

While suggesting that some of the videos of soldiers assaulting civilians on social media were old videos unrelated to the current COVID-19 operation, he said the few that have been found to be genuine are being investigated.

“The genuine ones that are in the system, we are investigating them… I have tasked the military to investigate them and they are doing that. If there is anyone who has to be charged, that person will be charged,” he said.

But there have been a number of reports with videos that show uniformed officers physically abusing some civilians allegedly for videoing them or defying the lockdown directive.