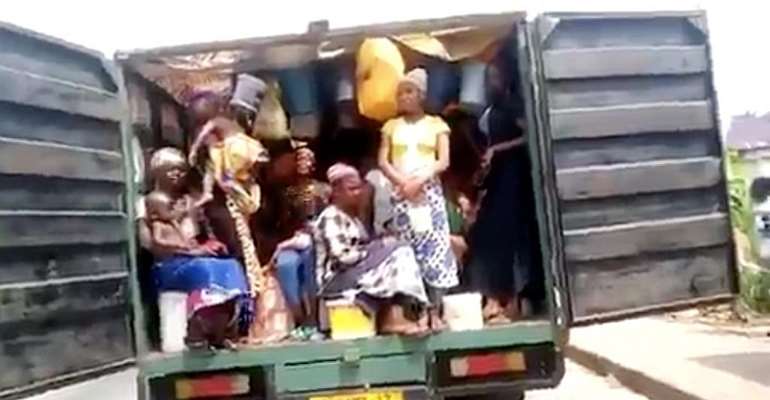 NATIONAL WATCH, a Public Interest Advocacy Platform is very much alarmed about the continuous report of escape of persons from COVID-19 Mandatory Quarantine facilities across the country.

A case in point as we gathered today from the Northern Regional capital, Tamale, is the case of escape of one of the 10 Guineans who entered Ghana but were picked up, tested and proved positive for COVID-19. They have since been in Mandatory Quarantine at a facility in Tamale, until reports of escape started leaking into the public domain.

There is also the report of an escape of one Nana Osei Boansi Kuffour, the late, father of Obour who also travelled into Ghana via British Airways on March 19th, and per the Presidential directive was supposed to be in a Mandatory Quarantine facility but, somehow escaped and ended up in his Juaso home in Asante Akyem South District.

There is also the case of
14 persons reportedly travelling from France and Italy who entered Ghana through Togo but were arrested and placed under mandatory quarantine at a facility in Laklevikorpe, near Denu in the Ketu South District but have on Thursday, March 26th, gone out of their hotel rooms, roaming the streets, endangering the lives of the hotel staff and the community members.

At this time of the pandemic, these and other developments which put the larger Ghanaian public at a greater risk must not be tolerated. Indeed they must be roundly condemned and thoroughly investigated with those found culpable severely punished to serve as deterrents to others.

What Ghanaians at this critical time wish to see is not lip service but a demonstration of effective leadership from all those with responsibilities, particularly, the Government of Ghana which bears the ultimate responsibility.