Isolation Is Key During COVID-19 Surge 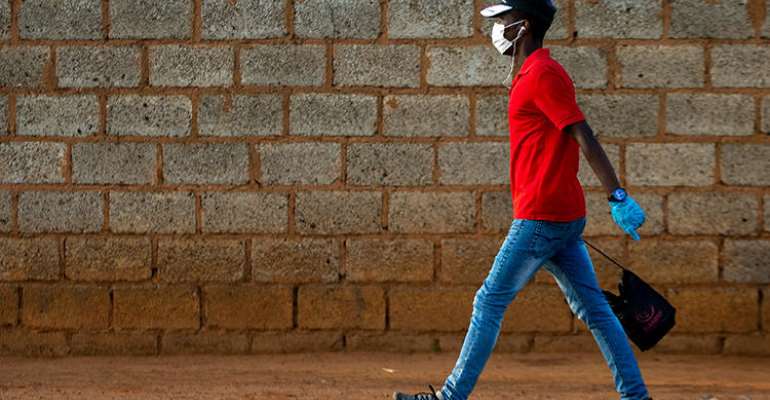 Coronavirus also known as COVID-19 has claimed more than 40000 lives, a disease believed to have originated from Wuhan, a city in China in the middle of December 2019. Just over three months, close to a million people have been infected per reports from the World Health Organization (WHO).

The disease is known to be well represented globally with dreadful impacts across the top cities of the world, namely, London, California, Accra, Lombardy.

Later, Lombardy and the other provinces of Italy are considered the worst hit since the emergence of the novel virus. The WHO records that as at February 21, Italy had recorded only two imported cases of covid-19. However, the virus has spread to all the regions in Italy.

The cities are well known to be densely populated with persons from all walks of life engaging in trading and businesses. Reports from WHO suggested unreasonably high numbers of infected persons from these areas due to close contacts amongst persons. Hence the Centre for Disease Control and Prevention, WHO advises that isolation is key in breaking the transmission of the virus.

Public Health England defines isolation as an important technique in protecting others and slowing down the spread of a disease. An important aspect of the isolation preventive measure is Self-Isolation. The WHO re-emphasizes self-isolation as the most effective way of preventing the spread ofcovid-19. It is particularly geared towards but not limited to persons who have the virus or might have been exposed to it as this limits the number of people, they come into contact with for at least 14 days. The other groups who may benefit from isolation may be people with decreased immunity such as children, pregnant women and older adults as the impact of the virus in such groups is virulent; others with relevant co-morbid diseases such as diabetes, kidney and heart problems enhances the progress of virus disruption and hence may benefit from isolation. It is common that countries record their deaths from the virus with reasons such as the individuals suffered significant co-morbid infections. These stress the need for sufferers of such to adhere to important self-isolation measures. It is important to note that self-isolation is difficult to undertake, nonetheless, the act is necessary to keep the person, their loved ones and the community safe.

Self-isolation is identified as relevant to several groups such as people awaiting covid-19 test, these persons may include those with travel history from covid prone areas such as Italy, China, USA and the UK. This public health concern is necessary to prevent wide-spread infection and help deliver quality healthcare to the sufferer.

In addition, those identified as close contacts of the infected person are to self-isolate to allow for easy contact tracing to prevent further spread of the virus. The very mechanism of spread of the covid-19 is debatable. As some hold the believe that the virus is airborne, another school of thought suggests covid-19 is transmissible by air droplets. Either ways, isolation could prove an important break in its transmission. Owing to the infection circle, the pathogen may require a portal of exit, a portal of entry and a susceptible host to gain a perfect transmission. Isolation, when embarked on, is necessary to halt the transmission in these areas and could prove a sure way to combat the infection.

Furthermore, returning travelers from coronavirus prone countries may be at greater risk of being exposed to the virus. As such whether these persons show symptoms or not it is important for them to self-isolate as a measure to control the spread of the virus to vulnerable groups such as children and those above 60 years.

Moreover, it is a protective measure for the general public to also self-isolate as covid-19 begins to spread rapidly in recent months. Many countries such as France, UK, Italy and recently Ghana have taken steps to influence the public one way or the other to self-isolate by introducing complete or partial lockdown of the country. This means staying indoors and avoiding contact with other groups for some weeks (as the incubation period is believed to be about two weeks).

Another important question worth answering, Could I self-isolate with other people? Yes, the trick will be to perform meticulous hygienic practices before and after the use of shared facilities at home. Staying in separate rooms with well-ventilated windows helps in reducing the risk of transmission. Such practices may not be applicable to certain regions and countries such as Ghana. Such limitations could be overridden by lessening the use of personal protective equipment such as nose masks, performing good handwashing regularly and the use of hand sanitizers to compliment the isolation measure.

There have been tremendous results when self-isolation is used as preventive measures in hospitals during barrier care of infected patients such as those with respiratory viral infections such as influenza.

As a war poses a security threat to a nation, the CDC explains covid-19 as a potential security threat across the globe and hence reiterates the need for self-isolation as a public health intervention to protect the worlds safety.

In practice, isolating amongst the Covid-19 spread means individuals in their residence must stay at home, to avoid spreading/ contracting the virus to and from family, friends and the wider community. It may also be necessary to avoid contacts from work, social and public areas and instead adopt healthy subsidiaries such as working from home, online studying and the use of social media such as Facebook, twitter to reach to other people.

Although the transport industry may suffer an economic risk, people should avoid the use of public transport, trains and tubes as much as possible as those media creates a forum for crowding, an easy way in contracting and spreading the virus.

Moreover, this may mean to turn away visitors to your home to stay safe. These may include parcels, letters and the likes as the virus is believed to settle on surfaces for several hours.

The overall negative effects of isolation ranging from loss of productivity, economic loss could not be overemphasized. However, those could easily be overturned after post covid periods. However, it is impossible to recreate a lost soul. Hence in order to break the chain of covid-19 transmission, it is important the news of isolation is preached everywhere to stand a chance to halt its progression and lesson the outrageous effect of the virulent virus.