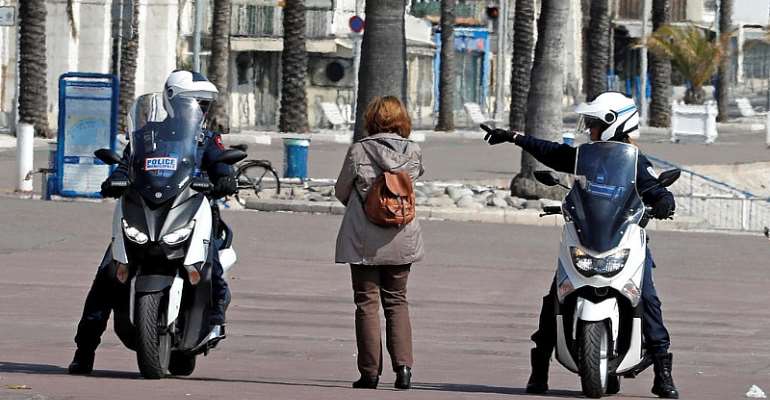 A French police officer infected with the Covid-19 coronavirus has died, the first death of a member of the security forces, who have been deployed in large numbers to enforce confinement measures to limit the spread of the virus.

The non-commissioned officer in the gendarmerie, the French military police, has been identified in the media as Patrick G., 51.

He had been on sick leave and confined at home for several days in the barracks of the Maisons-Alfort police station, one of the biggest in the Paris region, after he suspected he was ill. The circumstances of his infection are not known.

His conditioned worsened Wednesday, and there was no time to reach the hospital. He died at home. He was married, with three children.

The gendarmerie says the officer had not been in contact with the public, and that they are working on tracking down all the people with whom he had contact in the station.

Police officers are on the front lines of the fight against the spread of the coronavirus, with 100,000 of them deployed to enforce confinement measures.

Death toll continues to rise
France has recorded 1,331 deaths from the coronavirus in hospitals, a five-fold increase in one week. More than 3,000 people are in intensive care.

Officially, 25,000 people have been infected with the virus since the beginning of the epidemic, but because France does not have systematic testing in place, that number is artificially low.

Non-hospital-based family physicians diagnosed at 41,836 new cases of the virus last week, according to Santé Publique France. The number cannot be compared to previous weeks, as this specific data has only been collected since 17 March.

The regions most hit by the epidemic are the Grand-Est, the Paris area, and the Pays de la Loire.