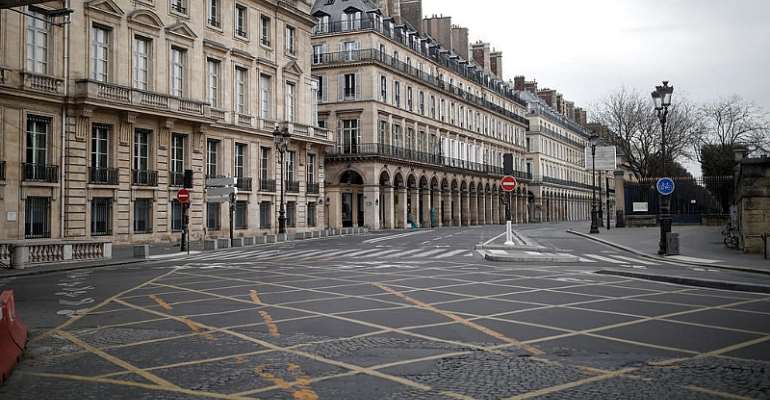 A virtual halt in road and air traffic due to confinement measures to fight Covid-19 has made for drastic improvements in air quality and reduced greenhouse gas emissions in the Paris region, an air quality monitor said Tuesday.

Even if they have limited opportunities to enjoy it at the moment, Parisians have rarely breathed cleaner air.

The air in the Paris region was 20 to 30 percent cleaner in the first days of nationwide confinement last week, compared with usual levels the same period, air quality monitor Airparif reported Tuesday.

The monitor said the decrease was due to a 60-percent drop in the level of nitrogen dioxide in the air: 41 percent when confinement began last Tuesday, 62 percent on Wednesday and then 64 percent on Thursday and Friday.

The monitor explained the drop was the result of a virtual halt in road and air traffic. Areas with heavy traffic saw decreases of 70 and 90 percent.

"This decrease in air pollutants is accompanied by a decrease in carbon dioxide (CO2), greenhouse gases, underlining the links between these two problems and the benefits that improving air quality has on the climate," the monitor said in a statement.

Harmful fine particles remain
However, the figures came with a caveat. Levels of fine particles PM10 and PM2.5, which have the most serious health consequences, remain unchanged.

The monitor said an increase and residential heating, especially wood heating, as well as the use of ammonia in fertiliser have maintained these levels.

Weather observed last week would have caused chemical reactions to create a pollution episode last Wednesday, had there not been a drop in road traffic, Airparif said.

The trend in the Paris region matches observations in other urban areas placed under confinement as officials grapple with the Covid-19 epidemic.

Nasa satellite images showed a similar drop in pollution and CO2 levels in China and in northern Italy due to the drop in economic activity that has come with confinement.