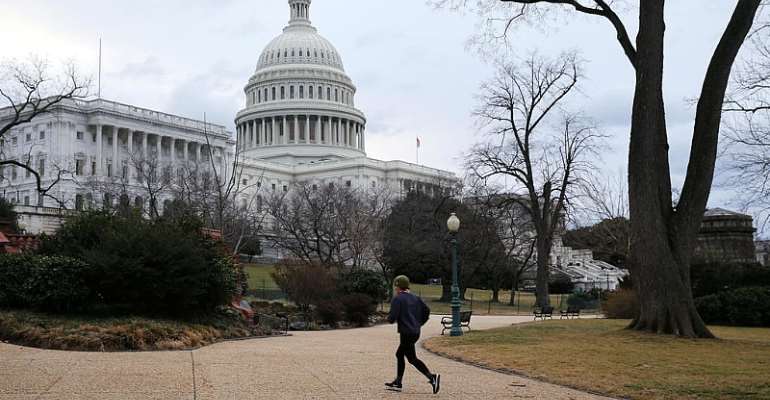 The White House and Senate have reached agreement on a $2 trillion stimulus package for the US economy. With over 44,000 cases, the US is now the third most affected country in the world after China and Italy.

"At last, we have a deal," Senate Majority Leader Mitch McConnell said, hailing the massive "wartime level of investment into our nation" reached after five days of arduous and tense negotiations.

"We have a bipartisan agreement on the largest rescue package in American history," top Senate Democrat Chuck Schumer said shortly after McConnell spoke.

"So many people are being put out of work through no fault of their own. They don't know what their future is going to be like, how are they going to pay the bills," Schumer added.

"Well, we come to their rescue."
Hardest hit after China and Italy
Currently US infection rates soared to 44,183, according to the website of the Centers for Disease Control and Prevention and 544 dead. With 21,689 cases, New York State counts for almost half of the US' total amount.

The Covid-19 infection rate in the US has been soaring at an unprecedented speed, with New York Governor Andrew Cuomo remarking that "the rate of increase has gone up, it's doubling every three days ... we were looking at a freight train - we're now looking at a bullet train.  We haven't flattened the curve. The curve is actually increasing."

Faltering economy
The Senate and House of Representatives still need to pass the legislation before sending it to President Donald Trump for his signature.

McConnell said the Senate will vote on the measure later Wednesday.

The deal aims to buttress the faltering economy by giving roughly $2 trillion to health facilities, businesses and ordinary Americans buckling under the strain of the coronavirus pandemic.

It will put cash directly into the hands of Americans hard hit by the crisis, provide grants to small businesses and hundreds of billions of dollars in loans for larger corporations including airlines.

It also proposes the injection of around $130 billion into what Schumer calls "a Marshall Plan for hospitals" and health care infrastructure, referring to the huge American aid program to rebuild Europe after World War II.

Spectacular and Elusive Bird Rediscovered in Atewa Forest
5 minutes ago