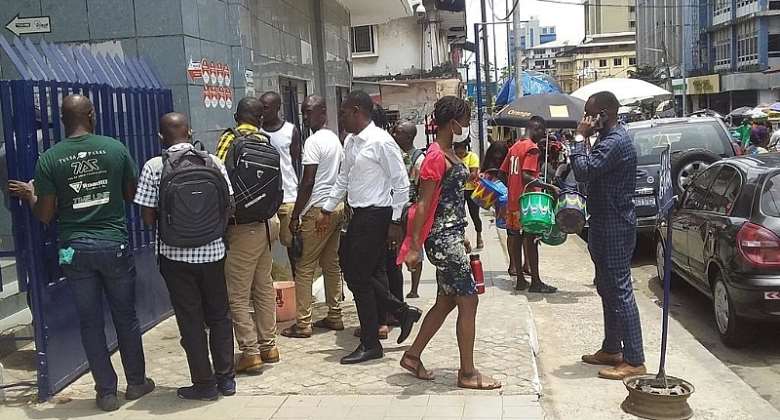 After battling the worst Ebola outbreak in history, Liberia has taken stringent action in dealing with its first two coronavirus cases.

The first sufferer has been identified as Nathaniel Blama, the 46-year-old head of Liberia's Environmental Protection Agency, who returned to the country last Friday after attending a conference in Europe.

Rigorous health controls had been in place at all entry points until this case slipped through, breaching protocols set up by health and airport authorities, according to Information Minister, Eugene Lenn Nagbe.

“This is a sad day for Liberia. We have been doing everything possible to prevent the virus from entering our country. The health authorities have been working very hard, long hours, long nights, yet this unfortunate incident occurred,” he said.

A domestic worker in Blama's home was identified as the second case.

In a podcast circulated on social media, Blama defended himself, saying the government had misinformed the public.

"You guys have done enough damage by misinforming the public that I refused quarantine. That's not true and that's not fair,” he said in the podcast.

However, President George Weah issued a statement a few minutes after Blama's podcast, suspending him for an indefinite amount of time as head of the country's Environmental Protection Agency.

“Following the arrival of medical staff at his residence to take him for treatment, he again declined to board an ambulance, opting instead to follow the team with his private vehicle which is further violation of public health measures,” the president said in a statement.

Both Blama and the domestic worker have been taken to a treatment centre.

The government warned that any others who attempt to evade protocols instituted by health officials will be arrested and placed in compulsory quarantine.

Stringent measures announced by Weah
President George Weah has immediately imposed a number of measures in order to prevent the spread of the virus. He has banned travellers coming from countries with at least 200 confirmed coronavirus cases.

Public sector employees whose roles are not essential have been placed on compulsory leave. Non-essential travel is banned.

“All citizens and residents are urged to avoid public gatherings…try to keep a minimum social distance of at least six feet from people with fever, cough, sneezing, and difficulty in breathing,” said Weah in the statement.

The government also ordered the temporary closure of all schools. Several churches have announced a temporary suspension of their normal weekly activities.

The foreign ministry announced on Wednesday it would suspend the issuing of passports.

Although the presence of the virus is a threat to Liberia's healthcare system and the population in general, the president assured Liberians of his government's readiness to combat the disease.

Liberia is still reeling from the ravages of the 2014 Ebola outbreak that killed over four thousand people, including healthcare workers.

Blama returned to Liberia on a Brussels Airlines flight, said Kateh, adding that the airline had provided the passenger list to help the government with contact tracing.

“About 127 passengers were on the flight and 23 are categorised as high risk,” he said.

Four of the five primary contacts with Blama have tested negative for the virus, according to Dr. Mosoka P. Fallah, acting head of the National Public Health Institute of Liberia.

“We have decided to keep all five primary contacts under special quarantine observation and will re-administer another round of tests in seven days,” he said.

“We have trained people for contact tracing, it is activated to locate all of the contacts, quarantine them and test them in a couple of hours,” he added.

Medical facilities have been instructed to isolate patients showing signs of the virus and immediately call in the emergency response team on 4455.

Liberians angry, but bracing for the worst
Although the government says those who came in contact with the infected patients are themselves being quarantined, people in Liberia are angry that the government did not prevent the EPA official from breaching the guidelines.

On the streets of Monrovia, the capital, people are scrambling to prepare for the worst, including buying cleaning supplies and buckets. While pre-virus buckets for hand-washing were selling for up to three euros, the smallest buckets are now selling for upwards of seven euros.