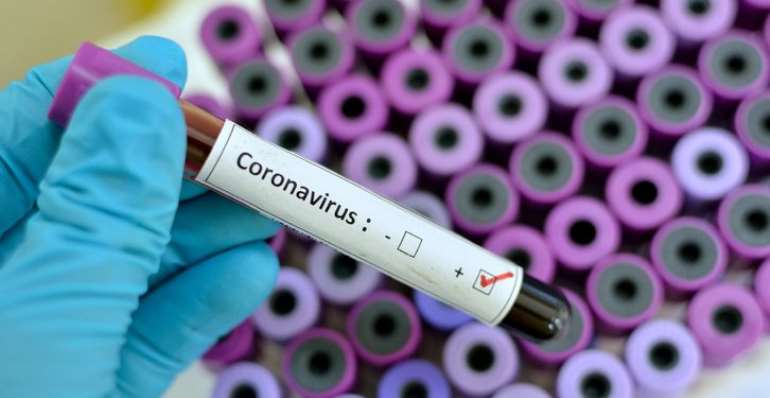 Ghanaian Students in the coronavirus hit Wuhan in China have expressed disappointment at the government over the food exported for their upkeep.

The National Union of Ghana Students (NUGS) a fortnight ago met the Minister of Foreign Affairs and Regional Integration, Shirley Ayorkor Botchway on the plight of students in China, following the outbreak of the Coronavirus.

She promised some amount of money which has subsequently been received by students as well as food items.

The students have however expressed disappointment at the food items.

One student said: “When we opened the box, we found Ga and Fanti kenkey, five boxes of Neat Fufu and one big sachet of this Way Chocolate drink and to us this is sad. There is an outbreak and we learnt that when they were bringing the food, they kept it on the floor so we are disheartened.”

“They brought us kenkey but there is no shito or tin fish. There is nothing and this is about sixteen students,” another said.

The Foreign Affairs Ministry dispatched cartons of assorted Ghanaian food items to the Mission in Beijing for onward delivery to the students in Wuhan in February. Other support

The Ministry has also granted approval for the Ghana Mission in Beijing to expend an amount of ¥100,000 (USD$14,286) to cater for emergency needs, such as the provision of nose masks, hand sanitizers and food items, especially for Ghanaians in Wuhan and its environs.

Additional amounts of US$50,000.00 and US$200,000.00 have been transferred separately to the Mission in Beijing to cater for the emergency needs of the students. Coronavirus: Chinese government doing its best to protect Ghanaian students – Ambassador

The Chinese Ambassador to Ghana, Shi Ting Wang says the Chinese government is doing all it can to protect Ghanaian students currently studying in China.

Ambassador Shi Ting Wang says Ghana's Foreign Affairs Ministry is in constant touch with the Chinese government to ensure that the students are safe .

“It is understandable that people are worried. We are human beings. Our authorities tasked to protect the foreigners of Hubei province and universities are working hard to keep the students safe. The universities keep doing routine inspections and monitoring the temperature of every student on a daily basis.

“The Chinese municipal government has published a 24-hour English speaking services hotline for foreigners including Ghanaian students. If any student feels unwell, the local government will respond immediately and arrange the student for medical treatment in time. Up till now, everyone is safe. Nobody reported a case of being infected,” he stated.

Following the outbreak of the coronavirus, there have been calls from the Minority, the China chapter of National Union of Ghana Students (NUGS) and parents to evacuate Ghanaian students from the country.

The Minority Caucus in Parliament a few days ago even gave the government a three-day ultimatum to evacuate Ghanaians living in China in the midst of the ravaging coronavirus.

On the back of this, President Nana Akufo-Addo, while delivering the 2020 State of the Nation Address, said the government will evacuate Ghanaians students from China if the need arises.

He noted that the government will do so if other options aimed at confining the disease to the area of origin fails.