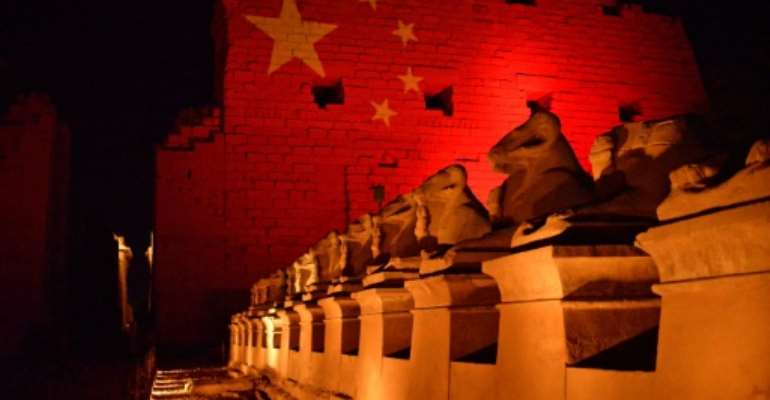 The ancient temple of Karnak in southern Egypt is lit up with the colours of the Chinese flag in solidarity with Beijing over the novel coronavirus. By - (AFP)

Egypt on Monday reported its second case of novel coronavirus, more than two weeks after announcing the first confirmed infection in Africa.

The foreigner is showing "minor symptoms" and has been quarantined, the ministry and the World Health Organization said in a joint statement.

Other people who had contact with the patient are undergoing medical tests, it added.

The patient, a Chinese national, was released last week after recovering, the statement said.

Cairo has been cooperating with French and Canadian authorities after they both announced seven confirmed cases of the virus from travellers coming from Egypt.

With the number of cases rising in the Gulf, Qatar imposed a temporary ban on visitors coming from Egypt via transit points on Sunday citing the spread of COVID-19.

Kuwait stopped short of a flight restriction but added extra screening measures for travellers boarding their flights from Egypt.

Egyptian Health Minister Hala Zayed travelled to China on Sunday amid mounting criticisms and satirical posts on social media of her ministry's handling of the outbreak.

At a news conference at Cairo airport, she praised Beijing's efforts to contain the spread of the virus.

That same evening, Egypt projected the Chinese flag in solidarity with Beijing on some of its most historical monuments.

The Salah al-Din Citadel in Cairo and ancient temples of Karnak and Philae in the south were are lit up in the colour red along with the golden stars of China's national flag.

The global death toll from the epidemic surpassed 3,000 on Monday after dozens more were killed in China and cases soared around the world with a second fatality on US soil.