Barnier: UK must toe the line if it wants a deal 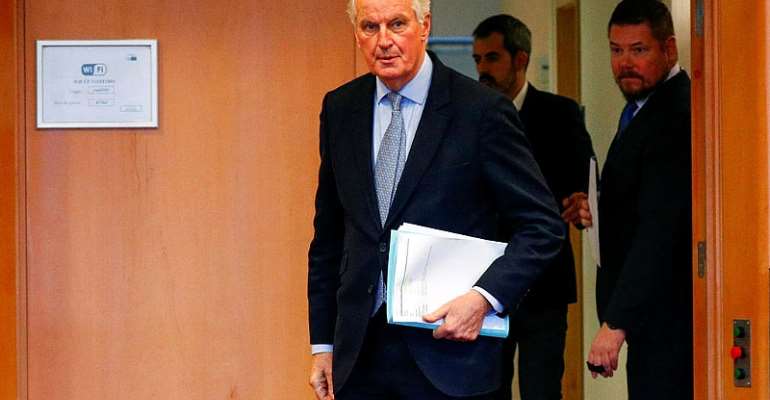 The EU's chief negotiator with the UK, Michel Barnier, emphasised Wednesday that Britain must accept standards on a par with the bloc's if it wants a post-Brexit deal to kick in from next year. Barnier was underlining the EU's core position ahead of EU-UK talks on a future relationship that are to begin on Monday in Brussels and alternate between that city and London for the rest of this year. It is also the biggest point of contention.

"We want competition in the future, but it must be fair. Fair and free. Free and fair," Barnier said at an event at the European Parliament.

"It should not be a problem for the UK to agree on a number of ground rules."

The British government insists that the whole point of Brexit was to free itself of EU rules, and it has declared that it will eschew European norms for its own set of standards.

That strategy would come with a cost, namely in increased trade friction through possible tariffs, Barnier warned.

Even if a free trade deal with Britain were struck, he added, checks on British goods were inevitable.

"We cannot take the risk that the UK becomes a kind of assembly hub for goods from all over the world, allowing them to enter the single market as 'British goods'," he said.

Barnier also said that "nobody contests" Britain's right to set its own rules.

Agreeing on common standards on the environment, labour, taxation and state subsidies was "a question of pragmatism", he said, not "sovereignty".

Barnier also shot down Britain's stated desire of replicating the trade deal Canada has struck with the EU, stating bluntly: "The UK says it wants Canada but the problem with that is that the UK is not Canada."

EU-British trade was ten times greater and Britain was far closer, making it "a direct competitor that is right on our doorstep", he said.

When it comes to EU trade deals, he explained, "we need to tailor them to the reality of our relationships".