Between H.E. Dr. Bawumia And The NDC: Who Is The Liar In The Light Of Recent History? 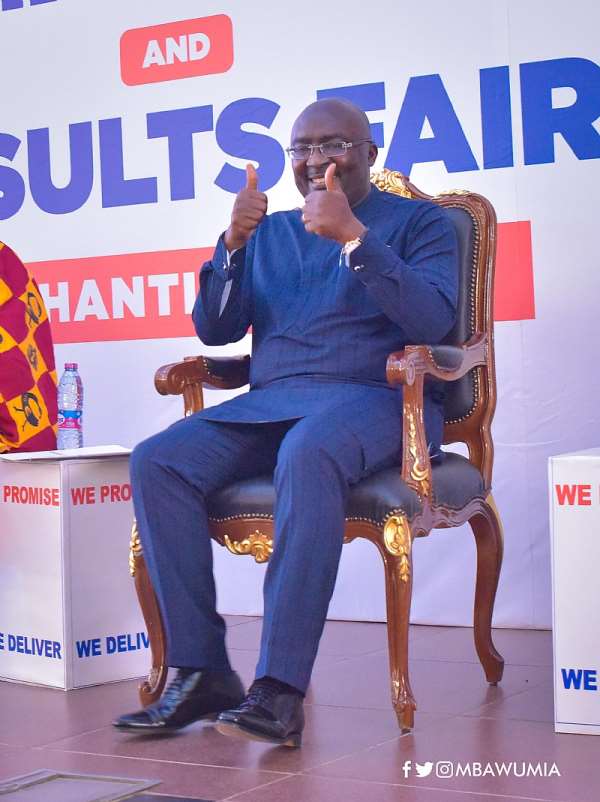 It is common knowledge that the best way to defeat your adversary when you have been overwhelmed by his evidence and power is to attempt discrediting his reputation. By this, you would have subtly succeeded in discrediting the evidence or power he has even if he is truthful and that is why this technique is one of the channels resorted to by lawyers to try and discredit witnesses.

Over the years, at least 8 years and counting, the NDC after realizing that H.E. Dr. Mahamudu Bawumia (May God protect him) is their greatest threat to returning to power in the near future, have tried and pathetically failed to discredit him by labeling him as a liar. This their plan is meant to deprive the majority of Ghanaians from knowing their failures when they were in power and the success story of this NPP Government. It will take us a thesis to recap some, if not all, of the times H. E. Dr. Bawumia has been vindicated to be truthful and the NDC liars in his political career. Thus, I will mention only a few highlights of significant events in our recent history that exposes the NDC’s failed plot.

The Dumsor crisis is one that has affected the Nation in so many ways and so citing an example with incidents relating to it will be more than enough to settle this issue. On December 2, 2015 whilst responding to the NDC Government’s 2016 Budget Statement, Dr. Bawumia said among other things that “Dumsor” was largely a Financial problem and he mentioned with evidence how Government’s indebtedness to Nigeria Gas and ECG were the major causes of Dumsor. This he said meant that the NDC Government never prioritized the issue because they borrowed of 3 million dollars in the space of 3 years which they could have used to defray some of the debts but they never did. However, the NDC Government were in a state of denial and “fooling” Ghanaians. They rubbished this basic fact and set loose their “acidic tongues” (in the voice of Papa Jay) to attack the honor of Dr. Bawumia. This was notwithstanding the chronology of denials where in 2012 at the IEA debate Mr. John Mahama attributed the crisis to an act of God. And after failing to solve it in 4 years he revised his notes and attributed it to an act of militants in Nigeria. However, their lies were exposed badly and Dr. Bawumia was vindicated when a letter from WapCo was released attributing the cut in Gas supply to Government’s indebtedness.

The issue of IMF bailouts is also of concern because it indicates whether the Government is managing the economy well or not. On March 25, 2014 whilst delivering a lecture at the Central University College, Dr. Bawumia highlighted the Economy was in crisis and if nothing was done Government will run to the IMF soon for a bailout. This assertion did not obviously sit well with the NDC Government. They once again unleashed their babies with sharp teeth (in the voice of Papa Jay) to attack the personality of Dr. Bawumia. However after several denials and the insults, on August 2, 2014 Minister for Communications Dr. Omane Boamah signed an Official Government statement of Government’s intention to seek an Intervention from the IMF. This made Ghana the second African country, following Zambia, to seek for a bailout from the IMF. It had to take good management by the NPP Government after winning power to successfully complete and exit from the IMF program in 2019.

These two critical milestones in the history of this country are enough reasons to disregard any false propaganda by the NDC directed at the person of H.E. Dr. Bawumia. On the other hand, it is the NDC that has consistently failed in brilliantly extrapolating Economic figures to predict possible outcomes. Hon. Adongo who the NDC generally regards as their “Economic Bawumia/Messi” and who has gained notoriety in attacking Dr. Bawumia disgraced himself when he attempted to extrapolate like what Dr. Bawumia is noted for. Hon. Adongo in an interview with Paul Adom Otchere in March 2019 “prophesied” that the dollar will cross 6 Cedis by mid 2019. Guess his lame academic reason? He said “what can they do. They can’t borrow 3 billion long term to solve the problem”. We are in 2020 almost a year since he made this “doom prophesy” and guess what the Dollar has not crossed the 6 Cedis mark. On the contrary, it has been adjudged as the best performing currency against the dollar in January and it is expected to be stable due to measures that are currently in place.

With this, it is obvious who the chronic liars are (NDC) and who has been consistent in truth (H. E. Dr. Bawumia and the NPP). Ghanaians should therefore disregard the vile propaganda launched by the NDC and their planned acts of distractions. Ghanaians know how the Government is working hard to positively improve their lives and make Ghana a better place In Shaa Allah. If the NDC propagandists were smart they would have known that the strategy of trying to paint Dr. Bawumia as a liar which has not worked for them for about 8 years is not a viable option and deserves to be abandoned.