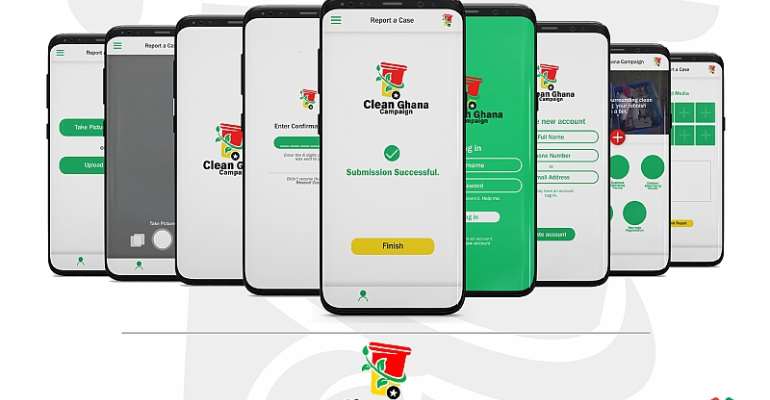 On Friday, February 7, the developer students club chapter of Dominion University College (DSC DUC) brainstormed to change the narrative of sanitation in Accra and other regions.

In line with President Akufo-Addo pledge to make Accra the cleanest city in Africa by the end of his first term of office, DSC DUC in preparation for the solution challenge by Google Developers, hosted the Solution Day Design on Friday.

DSC DUC’s solution challenge will tackle the sanitation problem facing Accra and other regions with the creation of The Clean Ghana Campaign App.

The App is such that anyone who downloads it can take a picture or video of the refuse left unattended to, comment under it and then submit it. There will be an admin portal that will receive the picture or video with comments made to the authorities who will then take the necessary actions.

The Google API feature enables the precise location as well as pictures taken to authorities. The quest to make Accra the cleanest and best city in Africa cannot be done only by the government, but collectively as a people.

According to the Minister of Sanitation and Water Resources, Cecilia Abena Dapaah reportedly loses $290 million annually in the fight against poor sanitation across the country.

The Developer Student Club which was introduced in Africa in 2018 is a community group of students from diverse academic backgrounds worldwide working together to build solutions for local problems in peer to peer learning while getting access to Google developer resources.

The Clean Ghana Campaign App will be using Google’s platform and also depend on android studio amongst others. The solution challenge was announced January 6 and the website went live, work on the challenge has begun and members hopeful to meet the March 30 deadline for the app submission. Ten winning teams will be announced worldwide in the last two weeks in May.

LGBTQ+ Bill: You're shameful backward thinker obsessed with ...
2 hours ago