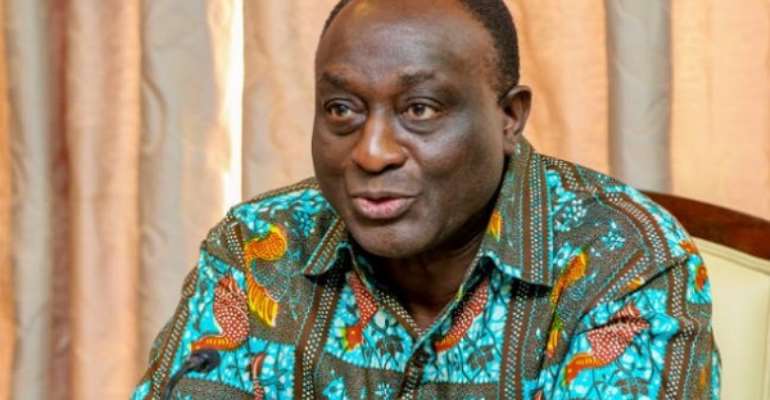 Many have described it as a sign of unwise complacency on the part of government (in an election year) as it gambles with a perilous idea that could potentially cause a major disruption of trade and revenue flows at the country’s ports simply because the Ministry of Trade had offered a 10-year sole sourced contract on the blind side of Parliament and Cabinet to a Korean company to operate the Ghana National Single Window (GNSW) though that same service is already being provided by two Ghanaian companies.

Strangely enough, which the single window services being provided by the two existing companies have chalked enviable achievements that has made the New Patriotic Party (NPP) led-government a reference point of excellent trade facilitation in the sub-region, the new company that signed with Alan Kyeremanten’s Trade Ministry is untested, untried and has had major hitches setting up even to an extent it was once upon a time, the Economic Management Team (EMT) had to step in and ask it goes back to do its homework well.

Relevant stakeholders in the revenue generation chain have started raising eyebrows over a very recent and desperate attempt by government to reintroduce this same company to take over the Ghana National Single Window at all cost despite the several red flags and caution from industry and field experts.

The 'IMANI' Center for Policy and Education, an African think tank based in Accra and a member of the Atlas Economic Research Foundation, after following the GNSW drama has written to the Minister of Trade, Alan Kyeremanten, reminding him with data and statistics that the new contract signed with the Korean company does not make economic sense and contradicts government’s cost cutting policy.

The IMANI statement to Mr. Kyeremanten describes as “curious” fact that the Ministry of Trade has not published revenue projections from implementing UNI-PASS (the new company) because it has not published such reviews to justify the signing of the UNI-PASS agreement.

“Our advice to government will be to shelve UNI-PASS until its promoters have demonstrated value far and above existing systems. It is not even smart to undertake such a major valueless project with potential to severely disrupt trade and revenue flows”, the statement signed by IMANI Founding President, Franklin Cudjoe noted.

Portions of the statement read: “The business reform agenda of the current government has been noteworthy. Nowhere has this been felt more than at our ports. The paperless system at the ports has not only resulted in increased revenues for the state ( 15% more in 2019 over 2018 proceeds, from GRA records, even after reducing benchmark values of 35% for imported vehicles and 50% on general goods), it has projected Ghana as a major facilitator of trade in the sub region. It is fitting that we are hosting the secretariat for Africa’s free trade project, AcfTA.

“Sustaining this impressive record, however, requires policy predictability and coherence in the dispensation of regulatory mandates of the Ministries of Trade and Finance. This expectation remains doubtful as the two ministries are bent on replacing the more reliable customs and ports technologies (GCNet and West Blue’s) with a more expensive and untested ports valuation system called UNI-PASS. The latter’s impact on the trading community and revenue generation for government has been unanimously bemoaned by many agency users of the ports.

“In March 2018, Ghana Link network Services Limited, in collaboration with Customs UNI-PASS International Agency (CUPIA) of Korea Customs Services, were contracted by your ministry, Ministry of Trade and Industry to introduce UNI-PASS to the ports system for ten years at a cost of $40m.

“IMANI, which has been studying the port systems, specifically the paperless port process, appealed to the Economic Management Team (EMT) in December 2018 to examine the implications for adopting UNI-PASS on the turnaround times and the costs to users and the government. After listening to all major ports stakeholders, the EMT suspended the implementation of UNI-PASS until August 2019 due to the inability of the promoters to demonstrate superior value and integrity of their technology.

“In spite of media reports that Cabinet had approved the UNI-PASS deal just a month after the EMT's directive for an 8-month suspension, there has been no change in the factors that suspended UNI-PASS.

“However, its promoters and assigns are erecting valuation equipment at some of our borders alongside those of more reliable GCNet (remember government owns 35% of GCNet). It appears government would not be worried care paying judgment debts to GCNet and West Blue for simply cancelling their more reliable, tested, and efficient less expensive systems. In fact, UNI-PASS has been sued by West Blue for intellectual property breaches- essentially copying their software illegally.