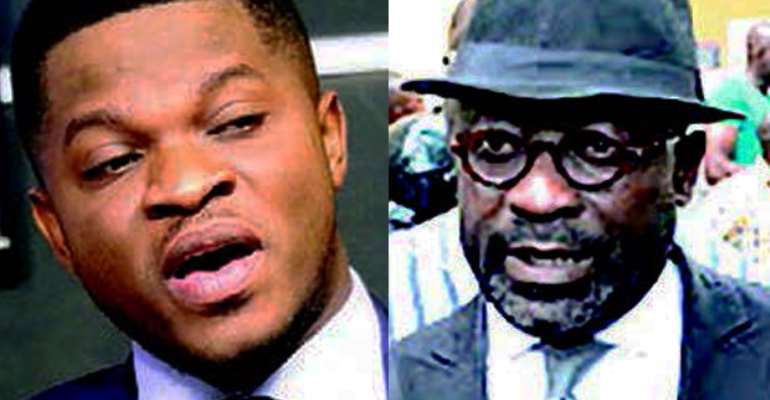 The Presidency has debunked reports that the arrest of the National Communications Director of the opposition National Democratic Congress (NDC), Sammy Gyamfi is politically motivated.

According to the Presidency, the NDC member had clearly committed a serious offence, which has the tendency of undermining the integrity of the highest office of the land, for which reason his arrest should not be politicized.

The Secretary to the President, Nana Asante Bediatuo, in a statement, authored on January 31, 2020, urged the public to refrain from painting an erroneous picture that Sammy Gyamfi was being witch-hunted by the government, insisting that the Presidency is focused on moving the country into affluence so it has no time to witch-hunt anybody.

“The attention of the Secretary to the President has been drawn to various commentaries on social media that suggest that the complaint lodged against Sammy Gyamfi, the National Communications Officer of the NDC, with the Criminal Investigations (CID), is borne out of revenge and/or malice or is politically motivated. That suggestion is erroneous and should not be entertained at all.”

Nana Bediatuo stated that lack of co-operation on the part of Sammy Gyamfi to the CID on the alleged forged document from the Presidency, eventually resulted in the arrest of the NDC man, adding that had he (Gyamfi) co-operated with the CID about the case, he would not have been nabbed.

He said a complaint was lodged against Sammy Gyamfi with the CID on November 28, 2019 following the publication and dissemination of a forged memo which had been attributed to the President's secretary seeking to direct the Chief of Staff to convene a Cabinet meeting.

Nana Bediatuo said the forged document was published with extra commentary on the Facebook page/account of Sammy Gyamfi, but he strategically refused to honour the invitation of the CID by also filing for application at the High Court to restrain the police from doing their work.

“It was not until January 27, 2020 that Sammy Gyamfi was arrested pursuant to an arrest warrant and cautioned on the offences of possession of forged document and publication of false news with intent to cause fear and alarm, contrary to sections 166 and 208 of the Criminal Offences Act, 1960 (Act 29),” he added.

Debunking claims that Sammy Gyamfi's arrest was borne out of malice, he said “if nothing at all, it is worth stating that no citizen of this land would have been given the two-month luxury of time and space that Sammy Gyamfi enjoyed following the complaint lodged on November 28, 2019, especially in situations like this.”

“The position of the office of the secretary is that a crime has been committed; a serious crime at that. A document purportedly from the Secretariat of the President, allegedly signed by the secretary to the President, has been forged and published widely, and no one should accept that as being normal,” he said.

Nana Bediatuo was of the view that the forgery of documents emanating from the president's secretariat affects the integrity of any such documents and the instructions and directions conveyed, adding that it would be negligent on the part of the Secretary of the President if no action is taken in a matter as serious as this.

He said in this era of social media, when people could use 'ghost names' to spread false news around and create unnecessary tensions and fears, “nobody should belittle the gross negative effects such forgeries and fake news can have on the governance of the state.”

Nana Bediatuo, therefore, admonished the media, social commentators and the others to allow the police (CID) to do their work and stop making their work difficult, saying “as citizens, we all have a duty to protect the credibility, integrity and sanctity of official documents coming from the high office of the president of the republic.”