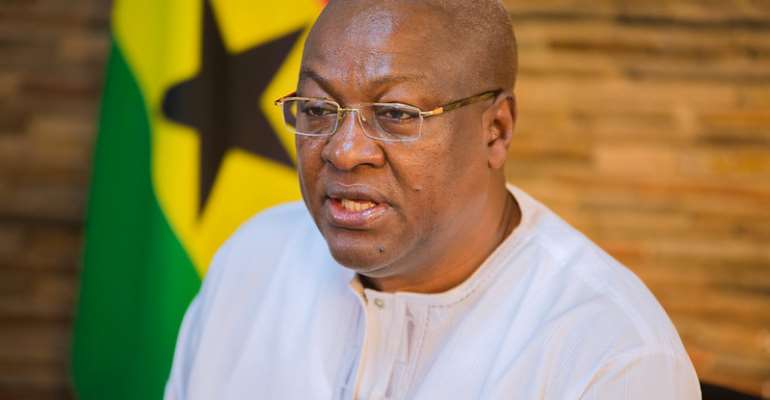 The flagbearer of the opposition National Democratic Congress (NDC), John Mahama, has described the formulation of the 40-man FX Development Committee as needless and waste of the resources.

The work of the committee could even be executed by first-year university students, Mr. Mahama said during an interaction with selected journalists on Thursday evening.

“First-year university students will tell you why the cedi is declining against foreign exchange and so you don't need that forex committee. We all know why it is depreciating. If you have a higher demand for foreign exchange against supply it will depreciate.”

“If you have an economy that is import-dependent and you are not exporting enough, your foreign exchange posing will depreciate. You don’t need a committee to tell you this,” Mr. Mahama said.

The establishment of the FX Committee followed a promise by the government to establish a bi-partisan committee to investigate the structural causes of the cedi depreciation and propose measures accordingly.

Given the Akufo-Addo administration’s challenges with managing some aspects of the economy, Mr. Mahama held that the New Patriotic Party (NPP) was naive in its criticisms prior to 2016 but is now dealing with reality.

He also criticised the government over what he described as a lack of innovation in borrowing.

Offering suggestions, Mr. Mahama said: “We can do the dualization of our major roads and toll them and collateralise their tolls, make the collection of tolls better, in terms of reducing human discretion…the money that is paid goes into a collateral account to pay for the cost of the road,” he suggested.