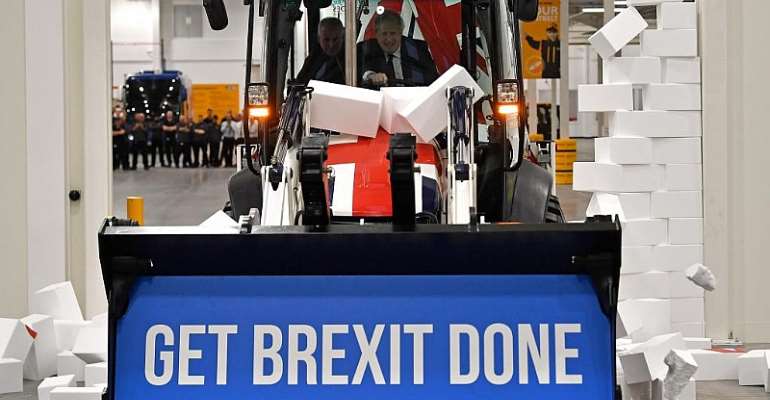 In what could be the shape of things to come, Britain has refused a top Michelin-star chef permission to remain in the UK permanently. Claude Bosi, who runs the upmarket restaurant Bibendum in Chelsea says he is not welcome there anymore.

Bosi says he was told he had been refused permission because had not applied for its settlement scheme designed for EU citizen's post-Brexit.

The top chef, who has lived and paid taxes in Britain for 23 years had made an application for permanent residency which was rejected "because he did not provide sufficient evidence to show he met the criteria," it added.

In a statement to French news agency AFP, a spokeswoman for the British Interior Ministry said they had spoken to him to help him to apply to the EU Settlement Scheme

"He made an application for a permanent residence document -- something which EU citizens living in the UK are not required or encouraged to do,” the spokeswoman said.

Last Friday an aggrieved Bosi posted on Instagram a letter from the interior ministry detailing its refusal to grant him permanent residency.

"I love Britain I considered until today like home but they just told me after 23 years of tax paid /VAT paid I'm not welcome anymore," he wrote.

The renowned chef arrived in Britain in 1997, opening the award-winning restaurant Hibiscus in the West Midlands in 2000.

He took over Bibendum -- which holds two Michelin stars from the famous French gastronomic guide -- in March, 2017.

Bosi's wife is English and the couple have two children, aged 14 and five, who are British citizens.

Britain will leave the European Union next Friday, and has vowed that all the bloc's nationals living in the country when it leaves can stay.

But they have to register through an online "settlement scheme" which requires evidence of how long they have been there.