One step closer to possible reconciliation in Sudan 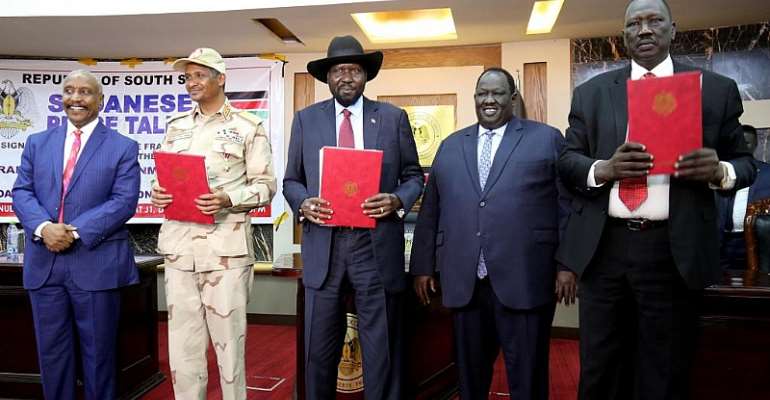 The Sudanese government signed a preliminary deal with one rebel group on Friday, a move that is seen as the possibility for reconciliation in Sudan.

The deal, signed by Sudan's ruling council and the Sudan People's Liberation Movement-North (SPLM-N) conveys special status to two regions: South Kordofan and Blue Nile. Both were already partly under control of rebel groups, and the sites of years of conflict.

"After this signing we are going to finalise the full agreement and the SPLM-North will be part of the new system in Khartoum," said Yasir Arman, deputy head of SPLM-N, at the ceremony.

This new status means that the two special regions will be able to draft their own laws, with an aim to resolving ongoing land disputes in the area, said Arman.

The process towards this first step began in October when the ruling council and the rebel groups re-started talks in an effort to end the conflicts.

"The government of Sudan is more willing than before to reach a peaceful settlement in Sudan", said General Mohammed Hamdan Dagalo, a major figure in the transition council and the head of the government delegation at the peace talks.

Another key point to the agreement is to unify the militias and government troops into one military, said Arman.

One voice absent from the ceremony was Abdelaziz al-Hilu of a rival SPLM-N rebel group who makes up the majority of fighters on the ground.