The many voices, and opinions, of ALA.NI 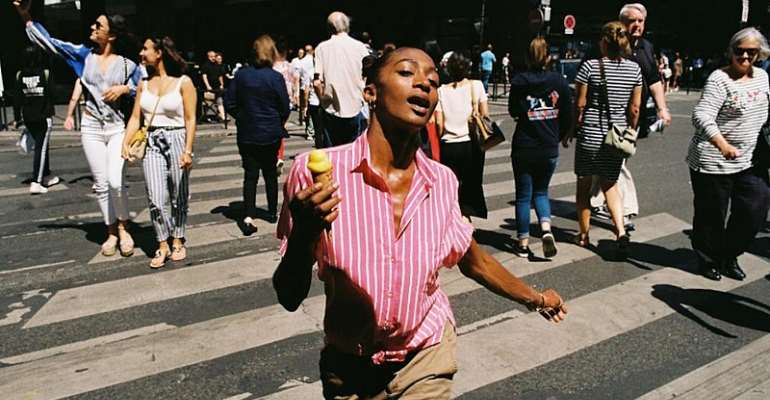 "Some tracks have 300 different layers of vocals and most of them are me," says Ala.ni about her new album Acca. The London-born, Paris-based singer with a rare four-octave range beguiles us with her voice. The record is mainly her, a capella. With a bit of Iggy Pop.

She talks to us about how her great uncle the singer Leslie "Hutch" Hutchinson "black and bisexual in the 30's" gave her a lot of courage to be herself and "do things differently".

We chat about how Iggy Pop took a shine to her and ending up doing vocals in French on the song "Le Diplomate" inspired by a real-life encounter with ... a diplomat.

Following the success of her debut album "You and I" she's grown a lot in confidence and now feels happy speaking her mind on a whole load of subjects.

"I'm all for calling people out right now whether it's about sex, race or whatever. I've not been allowed to have an opinion for many years as a black female, this is a new thing for me. I'm like 'wow, I can talk, people listen'.

"My mum didn't have this. She doesn't want me to talk but I will talk. So here I am."

Check out the album Acca