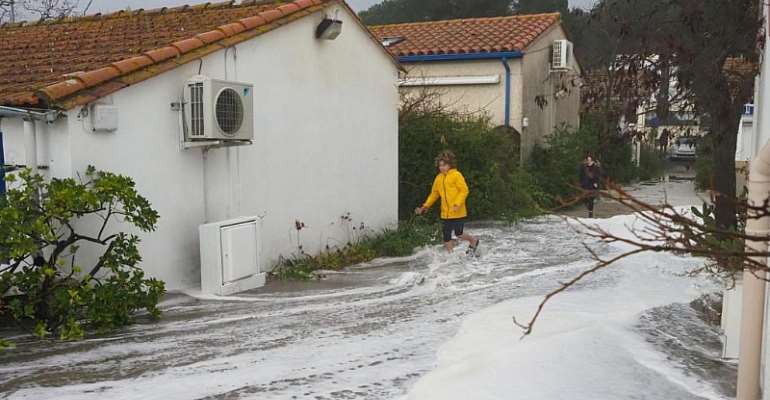 Intense rains and snow have been forecast in south-western France, where more than 23,000 people are without power as storm Gloria batters the region.

Authorities have warned of a high risk of avalanches in the Pyrénées, near the Spanish border, where dozens of roads have already been blocked.

Multiple towns were flooded in the department of Pyrénées-Orientales, with waves up to five metres high lashing the coastline.

Sixty centimetres of snow fell overnight Tuesday in the Canigou, the “sacred mountain” of the Catalans, during the most intense winter “Mediterranean weather episode” since 1982.

On Wednesday the Aude department was put on orange alert, with Météo France warning the storm will bring high winds and heavy rain until Thursday, when it is expected to reach the Languedoc area.

Described as an "exceptional" phenomenon for the season, Gloria killed four people in Spain before moving on to France.