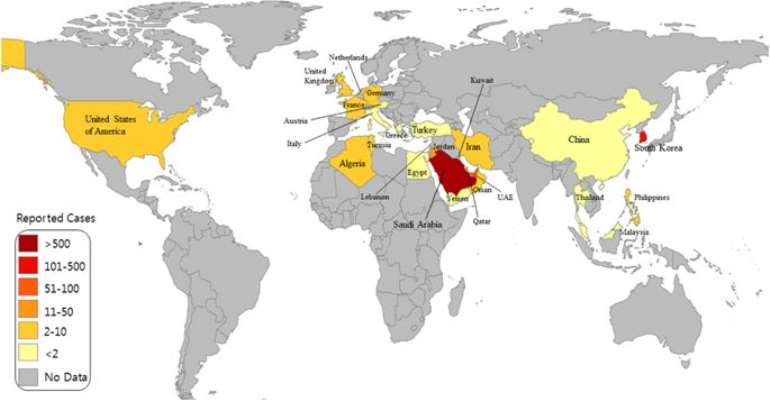 The Health Authorities in China confirmed an outbreak of a novel Coronavirus Infection on the 7th January 2020 in Wuhan Province in China following a series of reported cases of pneumonia of unknown cause in December 2019. The outbreak was linked to a local animal market (spread from animals to humans) but has also been found to spread from one person to the other. It can be spread when an infected person coughs or sneezes on another person.

The disease is characterized by fever, cough and difficulties in breathing. So far, four people have been confirmed dead due to the disease. Three other countries (Thailand, South Korea and Japan and United Arab Emirates) have also reported cases.

The World Health Organisation has called on countries to strengthen prevention and control measures for 2019-nCoV. Following the notification of the member states of the WHO on the outbreak, Ghana has initiated measures to protect the general public from the disease.

The following measures are currently being implemented:

In addition, there is in-country capacity to diagnose 2019-nCoV through laboratory testing of the appropriate samples by the Noguchi Memorial Institute for Medical Research.

As part of measures to prevent an outbreak in Ghana, passengers from China will undergo enhanced screening procedures including the administration of health questionnaire. Health facilities have also been alerted to prepare and manage cases in case of an outbreak.

The general public is advised to adhere to the following measures as part of prevention;

We hereby ask the general public and all stakeholders to support in efforts at preventing 2019-nCoVin Ghana.