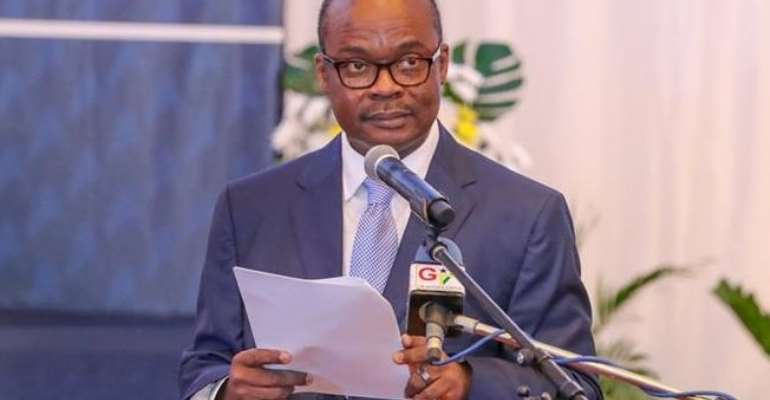 The Bank of Ghana (BoG) Governor Dr. Ernest Addison has explained how most local banks whose licences were revoked were given ample time to right their wrongs but their managements could simply not do so.

Speaking at the 71st New Year School at the University of Ghana, Legon, he stated, “From the initial briefing we received from technical assessments (Asset Quality Reviews) carried out on banks in 2015 and updated in 2016 by our Banking Supervision Department and international partners to establish the solvency of the banking sector, UT Bank and Capital Bank were clearly classified as deeply insolvent, while seven others had been identified as severely undercapitalized.”

“Faced with these facts, the urgent focus of our initial policies was to design credible plans for the resolution of the two insolvent banks to prevent spillovers to the other banks and the broader economy. In addition, the other undercapitalized banks were tasked to submit recapitalization plans and work to implement same,” he added.

Dr. Addison explained, “Our immediate efforts to address the insolvency of UT Bank and Capital Bank started with meetings with the shareholders and directors of the two banks, where we shared with them the diagnosis of insolvency and requested them to implement measures to quickly restore their capital adequacy to prudential levels. We were not required to do so under the law, as the two banks were already classified as insolvent by the technical assessment carried out by BoG prior to the start of my administration. “Moreover, the Banks and Specialised Deposit-Taking Institutions Act of 2016 (Act 930) required us to revoke a banking licence once an institution reached the stage of insolvency. Nevertheless, we gave these banks the opportunity to correct the insolvency and tried to exhaust all the options.”

He said UT bank submitted a capital restoration plan which was not credible, essentially requiring government to take over the bank's portfolio of bad debt it had created through loans that were granted to certain borrowers sometimes above regulatory limits, and that had become unrecoverable.

He continued that so bad was the financial condition of UT Bank that when BoG engaged with other banks to explore whether they could acquire the bank and rehabilitate it, they showed unwillingness; they had conducted their own independent due diligence on the bank.

He said one of such potential bank acquirers, after their due diligence exercise, noted, “The poor quality of loans assets, potential tax liabilities, existing litigation and demands by third party lenders for settlement of their accounts make the acquisition of UT bank … a highly unattractive and risky proposition.”

He said such conclusion was arrived at based on the following factors: UT Bank had not filed corporate tax returns since 2015, Asset Quality was extremely poor with NPLs of 44 per cent, loans that had been classified as performing had not been serviced for a year, indicating that the NPL ratio was underestimated, collateral security for loans had not been perfected and in most of the cases, the security of loans had not been stamped or registered, while the bank was in default of borrowing from several international lenders including the IFC, DEG.

“Also, there was active litigation against the bank (valued at over GH¢170 million), and the bank had excessive risk concentration to a few major depositors.