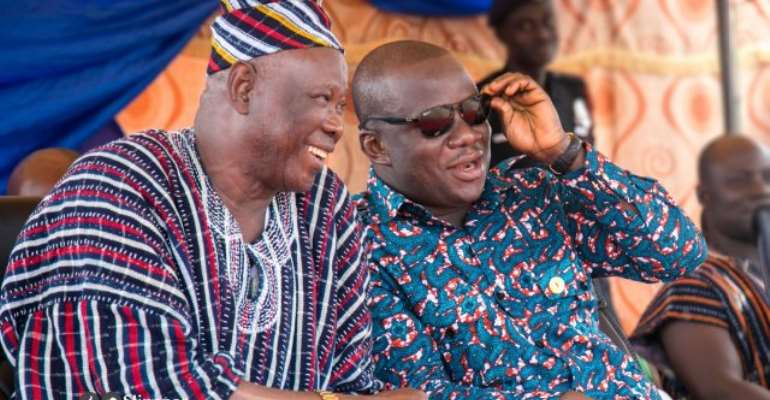 Deputy Chief of Staff, Samuel Abu Jinapor, has expressed his condolences to the family of the late former Member of Parliament (MP) for the Damomgo/Daboya Constituency, Alex Seidu Sofo.

Having served under the erstwhile President John Agyekum Kufuor from 2001 to 2009, the former MP died on Thursday, January 9, 2020, at the West Gonja District Hospital where he was on admission receiving treatment.

In a release, Mr Jinapor, who is also governing New Patriotic Party’s Parliamentary Candidate for Damongo, praised the loyalty of the former MP to his political party even after retirement.

“Hon. Sofo, in his retirement, continued to faithfully serve the NPP, as chairman of the Damongo Constituency Council of Elders. The New Patriotic Party in Damongo and I, are saddened by the passing of Hon. Alex Seidu Sofo. We express our deepest condolences to his wife, children, compatriots and the rank and file of our Party.

“Personally, he was a source of extraordinary wise counsel and guidance. Until his untimely departure, he was always ready to play any role in our relentless quest to capture the Damongo seat,” he stated.

The late Seidu also served as Deputy Minister for Roads and Highways during the Kufuor administration. As Member of Parliament and Minister, he served his country and constituents with “dedication, hard work and integrity”.

“May his humble and gentle soul abide in the bosom of the Lord until we meet again on the last day of the resurrection,” the statement noted.

Until his death, Alex Seidu was also a Chief of the Busunu Traditional Area (Chief Mfrawura) the current Savannah Region