'I have not fled justice, I have escaped injustice' - Carlos Ghosn 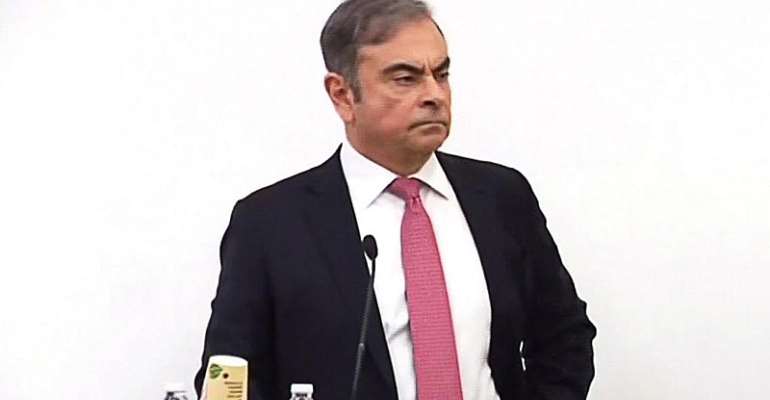 Fugitive auto tycoon Carlos Ghosn has vowed to clear his name as he made his first public appearance since escaping from Japan where he was facing trial for financial misconduct.

"I'm here to clear my name,"  the former boss of Renault-Nissan said Wednesday at a news conference in Beirut, Lebanon where he arrived nearly two weeks ago.

"The charges against me are baseless."
Ghosn, who denies any wrongdoing, fled charges of financial misconduct including allegedly under-reporting his compensation worth $85 million.

Ghosn said he was "presumed guilty" and had "no choice" but to jump bail.

He was first arrested in November 2018, then secured a release in March 2019 after paying 1 billion yen (approximately 8 million euros). Then he was later re-arrested in April.

His epic story of escape from Japan to Beirut via Istanbul at the end of December 2019 has captured the world's imagination, but he insisted he would not discuss his escape in the press conference.

A violation of human rights
"I hope that you will discover the truth and how it was manipulated. I'm not here to pass off as a victim, but to expose a system which violates basic human rights."

"I have not fled justice I have escaped injustice and political persecution," he went on, describing his 130 days in jail under severe conditions.

Ghosn alleges there was 'collusion' between Nissan and the Japanese prosecutor over what he's described as a 'staged arrest'.

Ghosn says the charges against him stem from a "coup" inside Nissan by disgruntled executives and Japanese officials who feared his plans to more closely integrate the car giant with its alliance partner, French firm Renault.

Nissan has continued to insist it has "incontrovertible evidence of various acts of misconduct by Ghosn".

Ghosn says he has documents which prove that the accusations against him are fabricated, and offered to make these documents available to reporters.

French legal team hits back
His legal team in France hit back against the accusations just hours before Ghosn was due to speak.

The carmaker's claims that it has conducted a thorough investigation into its former boss is a "gross perversion of the truth", they said in a statement.

The probe was "initiated for the specific, pre-determined purpose of taking down Carlos Ghosn," said the lawyers.

Japanese prosecutors on Wednesday attempted to raid the offices of one of Ghosn's lawyers, Junichiro Hironaka, to seize computers.

However, the lawyers refused them access, citing "attorney-client confidentiality".

The Japanese authorities also this week put out an arrest warrant for Ghosn's wife Carole who says she had no advance knowledge of her husband's escape plan.

Lebanon, which has no extradition agreement with Japan, has said Ghosn entered the country legally in possession of a French passport and a Lebanese identification card.

Ghanaians suffering due to mismanagement by Akufo-Addo, Bawu...
1 minute ago