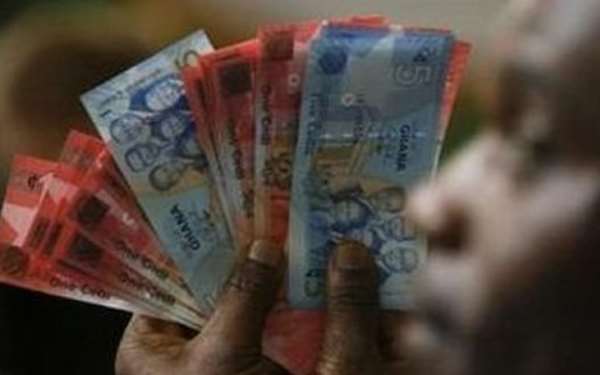 It has been disclosed that the year 2019 recorded a total Non-Performing Loans of GH¢ 7.19 billion as at October 2019 as against GH¢7.14 billion in the same October the previous year of 2018.

The Bank of Ghana argues that the NPL ratio adjusted for the Fully Provision Loss Loan category improved to 8.1 per cent in October 2019, from 11.4 per cent in 2018.

Despite this increase in the nominal numbers, the central bank believes that higher growth in total loans contributed to a lower NPL ratio of 17.3 per cent from 20.1 for the same comparative period in 2018.

The Central Bank believes that the development points to the fact that industry stock of NPLs could be reduced further with the implementation of the loan write off policy, intensified loan recovery and stronger credit.

Based on the Bank of Ghana data, 24.2 per cent of the loan went to commerce and finance sectors. It was followed by the services sector which had about 16.9 per cent of the NPLs, while the manufacturing sector had 15.1 per cent of the non-performing loans.

These top three industry recipients jointly accounted for 56.2 per cent of the industry’s NPLs as at October 2019 while the lowest three recipients of credit (mining & quarrying, agriculture, forestry & fishing, transport, storage & communication) accounted for 16.2 per cent during the same review period

Commercial banks in the country were still posting some good profits ending October 2019.

The Banking Data revealed that banks posted some good earnings during the first ten months of last year.

The Bank of Ghana believes the improved performance of the industry’s balance sheet and profitability also reflected in the key financial soundness indicators. Profitability indicators improved amidst efficiency gains. The liquidity and solvency positions of the industry were enhanced by the recapitalization.

How deposits fared during the first 10 months

Deposits which is seen as the main source of funding for the banking sector grew by 17.1 per cent in October 2019.

This is marginally lower than the 20.7 per cent increase in the previous year. Total Banking Sector deposits increased to GH¢78.90 billion ending 2019 from GH¢67.38 billion in October 2018.

The Central Bank believes this is a sign of renewed confidence in the banking sector, following the recent reforms. Domestic deposits grew at the same pace of total deposits to GH¢78.50 billion compared to GH¢67 billion in the previous year. While deposits of non-residents remained small at GH¢397.70 million from GH¢342.10 million.

The foreign currency component (denominated in Ghana Cedis) of total deposits, on the other hand, recorded a higher growth of 22.4 per cent in October 2019 to GH¢20.79 billion compared with a growth of 13.7 per cent a year ago.

Bank of Ghana on reasons for strong growth in profits

The central bank also attributed what is happening the banking sector to positive dividends from the clean-up and recapitalisation reforms have remained broadly sustained reflecting in a sound, solvent, profitable and resilient banking sector.

The outlook for the industry is positive and there is potential for further credit growth and financial deepening on the back of the higher capital levels and sustained growth in deposits.

According to the Bank of Ghana, the performance of the banking industry during the review period shows that a stronger banking sector has emerged, with improved solvency, liquidity, and profitability. Further, asset quality is improving and banks’ resilience to shocks has been strengthened.

It added that “the key financial soundness indicators remained positive throughout 2019 as banks adhered to sound banking practices following the reforms.”

It was the belief of the Bank of Ghana that recently announced policy measures, including the setting aside of two per cent of banks’ primary reserve to support targeted lending to Small and Medium Enterprises (SMEs), would give further impetus to credit growth.