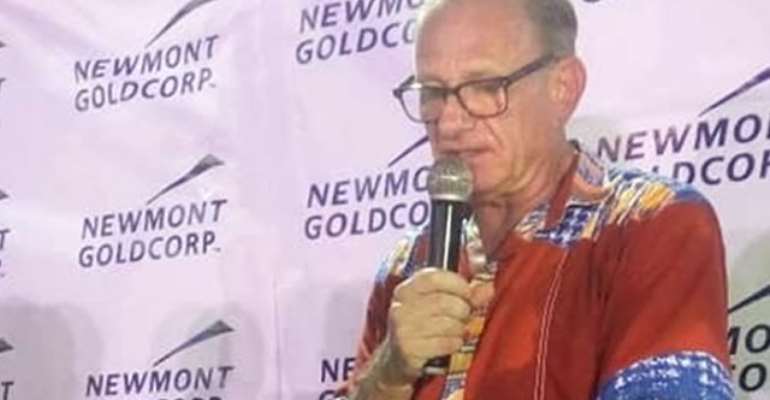 He said he would be transitioning to Newmont Goldcorp's Ahafo Mine to support them with their projects.

He announced this when the Newmont Goldcorp Akyem Mine organised a soirée for senior media practitioners in the Eastern Region to show appreciation to them for their continuous support in reporting their activities.

He said the Women and Allies Network wing of the company has launched the first phase of its ‘Read to Inspire’ project to promote the reading culture and increase literacy among the youth in communities where the mine is operating.

He said NAkDeF, in collaboration with its Mine Maintenance Team, has raised funds to donate a GH¢140,000.00 chemical analyzer and refurbished a laboratory for the New Abirem Government Hospital.

The General Manager said under the company's apprenticeship and leadership training programmes, 138 youth have completed the programme and 88 have currently been employed by Newmont and contractors working for the company.

Mr Coenen said the mine has held a ground-breaking ceremony to commence the construction of a GH¢2.5million Vocational Training Institute to equip the youth with vocational and entrepreneurial skills to support sustainable community development in the Birim North District.

He said NAkDeF was also working towards raising $166,000 to fund the Adausena and Hweakwea Water Treatment project which would improve water quality and distribution within the two communities in Birim North District in the Eastern Region.

He expressed appreciation to all stakeholders and the media for the support shown to the company and expressed the hope that they would continue to support them by working together to create shared values for all.

Mr Maxwell Kudekor, Eastern Regional Chairman of the Ghana Journalists Association (GJA), thanked Newmont for hosting the media and expressed the hope that the relationship would be sustained.

He urged the company to inform the media about its activities by the mid-year so that the media would be aware of the activities they are doing and also take the media along with them wherever they initiate new projects.