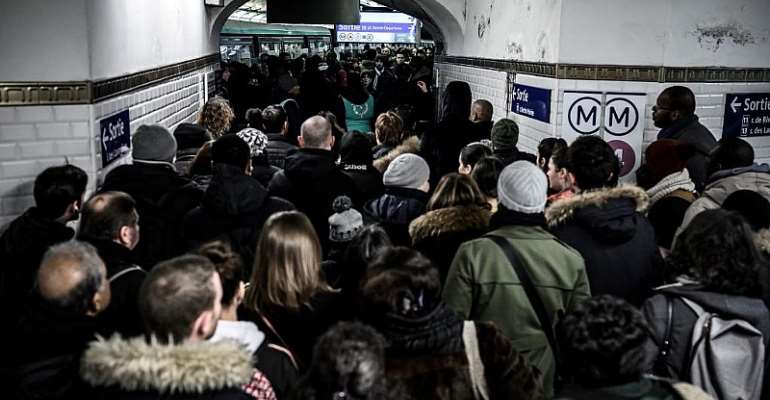 On Monday, many French returning from holidays may again face problems getting to work, but all metro lines are operational, albeit not always regular. The Suburban RER trains operate on certain branches and frequency is still less intense than on a normal working day. Traffic is expected to be almost normal on Tuesday, but a new day of national mobilisation is announced for Thursday, 9 January.

The suburban RER railways, which cross Paris and serve tens of thousands of commuters who live in the suburbs, operate in a more limited capacity, and Paris' extensive network of buses operates with “3 on 4 buses on average,” according to the Ratp website.

The suburban Translien light rail system also operates with 2 on 3 trains, and most of Paris' 8 tramlines operate in a “normal” way.

rail transport also improves, with 90 percent of the Eurostar guaranteed and 80 percent on the Thalys.

On Thursday, things will be getting worse again with major demonstrations against the pension reform plans planned, starting at 13:30 from Place de la République.