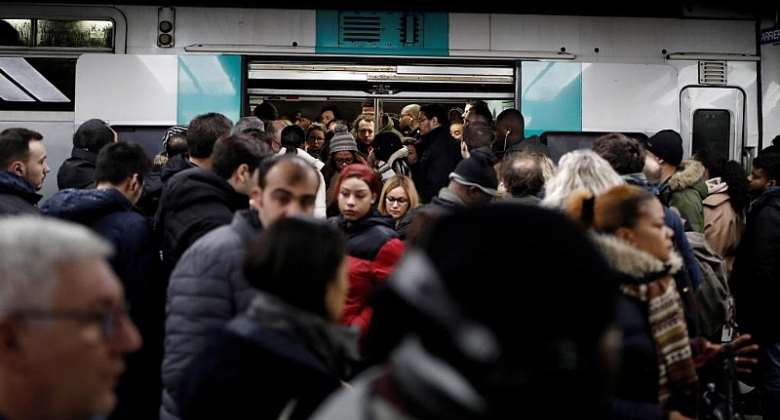 Philippe has asked the head of the SNCF Jean-Pierre Farandou to present a "travel contingency plan" by next Tuesday to inform commuters about the services that can be expected to be running on the railways.

The request was made during crunch talks on Friday night with the new SNCF boss, as industrial action by rail and other public transport workers once again brought public transport to a near standstill in Paris.

With a week to go before schools break up and the SNCF still cancelling 80 percent of its services because of the strikes, commuters are bracing themselves for further disruptions throughout France.

The weekend of 21-22 December is usually marked by a rise in the number of people leaving for holidays, but numbers are likely to be lower this time round.

Last year, the SNCF transported more than 3 million travelers during the festive season. However it predicts it will only be able to provide services for half that amount.

In a video clip Friday, Farandou called on strikers and unions to call off their strike for the Christmas break to allow families to travel to see their loved ones.

No truce in sight
"Next Friday [20 December], many people will want to take the train to see their families. It is the duty of the public service to meet their expectations," Farandou said. For now, though, a deal looks unlikely.

"No truce for Christmas, unless the government comes to its senses before that," warned Laurent Brun, general secretary of the CGT union, which is among the most hardline of the French unions.

"I'm sorry to say the strike will continue, because we didn't want this, but the government is standing firm, so this is going to go on for a long time," he told France Info radio.

Unions have unanimously rejected the government's plan for a single pension system that maintains the legal retirement age at 62, but with reduced payouts unless a person works until at least 64.

'Historic' reform
Even France's moderate CFDT union, the country's largest and long in favour of a single points-based system, said the government had crossed a red line and called for a fresh day of mass demonstrations on 17 December.

"To have a compromise within reach, and then throw it away over a question of budgetary dogmatism is a huge mistake," CFDT chief Laurent Berger told French daily Les Echos.

Silent up until now on the pension reform, which would replace a fragmented, but generous, system of more than 42 separate state pensions with a new universal points-based scheme, French President Emmanuel Macron on Friday defended the changes.

"This is a structural reform above all else," he said.