'We use illegal strikes to get things done' - Striking teachers confess 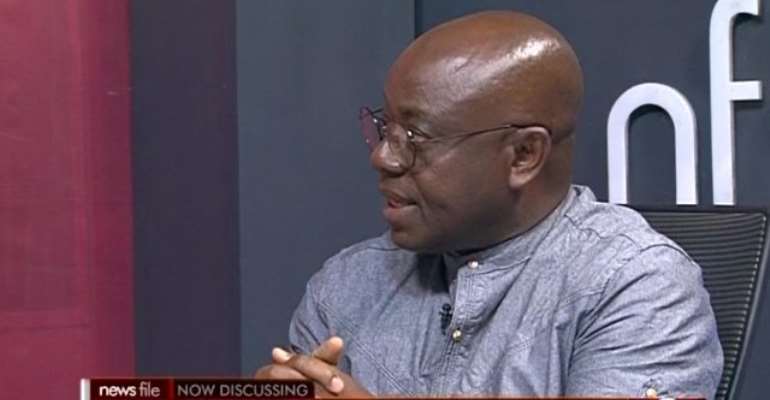 Kwamena Ahenakwa-Quarshie is Head Salaries and Working Conditions for the Ghana National Association of Teachers (GNAT).

Teachers who called a strike earlier this week, have conceded that the action they embarked on was contrary to the labour law.

The Head Salaries and Working Conditions for the Ghana National Association of Teachers (GNAT), Kwamena Ahenakwa-Quarshie, who spoke on Newfile on JoyNews/Joy FM Saturday said they were compelled to take the action to force their employers, the Ghana Education Service (GES) to address their concerns.

The GNAT on December 5, joined two other teacher unions, the National Association of Graduate Teachers (NAGRAT) and the Coalition of Concerned Teachers Ghana (CCT-GH) at a news conference, to serve notice to declare an indefinite strike December 9 , over salary arrears.

They called the bluff of the Education Ministry as well as the National Labour Commission (NLC) both of which described the strike as illegal and directed the teachers to withdraw their action and return to the classroom.

As the strike began to bite, the NLC proceeded to the High Court on the blind side of the teacher unions and secured an order on Thursday, December 11 , to immediately call off the strike.

Discussing the issue on the weekly news analysis programme, senior journalist, Abdul Malik Kweku Baako Junior, pointed that the teacher unions should have given their employers seven days’ notice and not the four days public notice issued at the news conference.

That Mr Baako noted, fundamentally weakened the case of the teachers.

“So relative to the law, their position is unsustainable” in the court of law although their case may have some value, the Editor-in-Chief of the Crusading Guide newspaper told show host, Samson Lardi Anyenini.

Mr Kwamena Ahenakwa-Quarshie who represented the teacher unions on the programme admitted their action may be wrong but was happy it served the purpose.

“Kweku [Baako] is right but in this country, we use illegal strikes to get things done,” he justified.