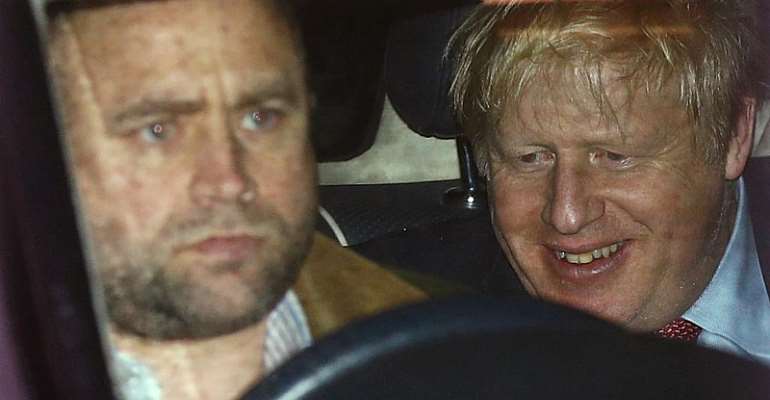 After a tense night of vote counting, the British Conservative Party has won an absolute majority in UK parliamentary elections. The Labour Party took massive hits and the pro-remain Liberal Democrats were down to only ten seats. The Scottish National Party rejoiced with 48 seats and the Brexit Party won no seats at all.

Counting was finalised in the early morning Friday, painting a new political landscape in the United Kingdom.

With just one constituency left to declare, the Conservative Party has won 364 seats, giving it a majority of 76 in the 650-seat House of Commons.

Labour lost 59 seats and will have 203 MPs; the Scottish National Party performed well and now has 48 seats in parliament, gaining 13.

The LibDems led by Jo Swinson have 11 seats, down from 21, and the Green party hung on to its only representative.

The final outcome differed only slightly from exit polls that were published at 10 PM on Thursday evening, just after polls closed, where Conservatives were projected to win 368 seats, Labour 191, the SNP 55 and Lib Dems 13.

What happens now?
“Boris Johnson will now push for his withdrawal (from the EU) agreement to be ratified,” says Robert Oulds, director of the Bruges Group, a conservative think tank.

“He will now say 'you need to support me in my desire to get us out of the EU, on the terms we agreed'.”

Johnson's victory opens the way for the UK to leave the EU on 31 January 2020.

“But that isn't going to be the end of the issue, because Britain then enters a set of transitional arrangements which can last from anything from a year to a number of years going forward," Oulds says. "It depends on how long it takes Britain to conclude a free trade agreement with the EU."

Liberated from the shackles of the Democratic Union Party (DUP) in Northern Ireland, which had become an uneasy ally of Theresa May's minority government, and later blocked Boris Johnson's bid to push through his Brexit deal, he can now press on with taking the UK out of the EU.

But while the defeated Labour and Lib Dems lick their wounds and have to think of a strategy for another five years in opposition, there's skepticism from within Conservative ranks as well.

“Can we trust Boris Johnson?” asks Oulds. “He went to the DUP conference about a year ago and said that no British Prime Minister would ever sign an agreement that saw Northern Ireland having a separate status to the rest of the UK.

"He then did exactly that.” Johnson's Brexit deal, he says, "could create a border in the Irish Sea and some areas in Northern Ireland would in many ways tied to the EU – notably to the Republic of Ireland. So can we trust him?”

Arrest Any Chief Involved In Galamsey - NPP Communicator
10 minutes ago