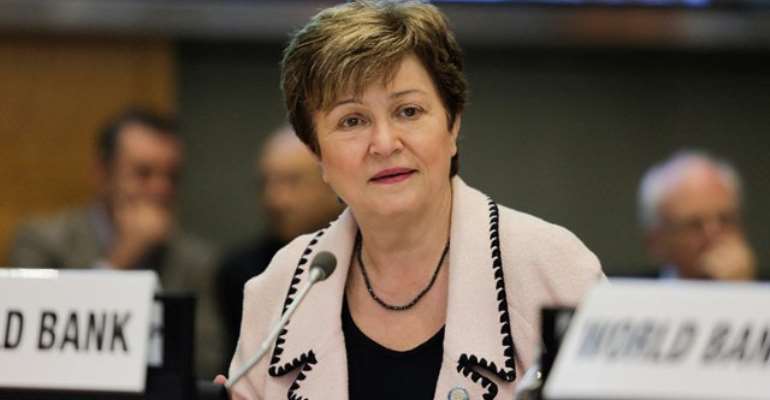 The Executive Board of the International Monetary Fund (IMF) is urging the Ghana government to avoid fresh collateralized borrowing and improve fiscal transparency.

This was contained in the Board’s statement after the IMF staff concluded its recent Article IV consultations.

The IMF Board also expressed concerns about Ghana’s high risk of debt distress and highlighted the need to strengthen the fiscal rules and phase out offâ€'budget operations.

They also argued that there was a need to create buffers for contingent liabilities and support a stronger external position. It was of the view that, based on these concerns with the country’s debt, the government would end the year with the Debt -to -GDP ratio of 63 per cent by the end of 2019.

The country’s total debt stock ending September this year stood at around 208.6 billion cedis, which is about 60.3 per cent of the total value of Ghana’s economy or let’s say Debt-to- GDP Ratio.

They also underscored the need to maintain macroeconomic stability through rigorous implementation of the 2020 budget law and fiscal discipline.

There were suggestions by the Board for the government to adopt, formal debt anchor to guide the authorities’ debt sustainability efforts over the medium term.

The Executive Board of the IMF also makes a strong case for an increase in the international reserves of the Bank of Ghana (BoG), while pushing for a limit in the Central Bank’s intervention, adding that “entrench monetary financing to limits in domestic law would protect the Bank of Ghana’s balance sheet and strengthen the inflation targeting framework”. However, they are proposing lowering of the inflation target range over the medium term.

On the recent financial sector clean up, the IMF Board urged the authorities to complete the financial sector restructuring while mitigating its fiscal costs. This they say requires implementing upfront reimbursement caps, addressing weaknesses in a stateâ€'owned bank and accelerating measures to reduce the NPL overhang.

They were also of the view that “completing regulatory reforms, and stepping up recovery of funds from complicit directors and shareholders of failed institutions”.

The Board welcomed recent steps taken to move the energy sector back to good financial health. They, however, indicated that the implementation of the Energy Sector Recovery Program supported by the World Bank and key stakeholders is critical and must be fast-tracked.

In dealing with the funding issues for the sector, the IMF Board maintained that adhering to the automatic pricing formula for electricity tariffs and reinstituting private sector participation is crucial to limit costs to the government and the public.

The Economy and its outlook

The government was however praised for some measures that it had already taken to stabilize the economy, adding that the outlook for the country remains favourable and growth is expected to increase from 6.3 per cent in 2018 to 7 per cent, “and it’s expected to average around 5 per cent over the next few years supported by potential oil discoveries and mining”.

On inflation rate, the Fund was also pleased that consumer price inflation has stayed close to the centre of the target band in recent months, despite the pass-through from the cedi’s depreciation and higher utility tariffs.

The Board is also excited that international reserves remain stable due to external borrowings. It was however of the view that “recent developments require boosting export competitiveness, increasing economic diversification and accelerating production growth. Improving the business environment and promoting digitalization would also boost opportunities,” the Board added.

The Fund, however, noted that downside risks affecting this baseline forecast for the budget deficit include pressures in the context of the 2020 election, financing challenges—possibly triggered by tighter global conditions—and larger-than-expected energy and financial sector costs.

On the upside, the IMF added that “Over the medium-term, Ghana could benefit from new oil discoveries, higher cocoa prices, rapid diversification driven by the authorities’ industrialization efforts, and the potential for domestic revenue mobilization reforms.”