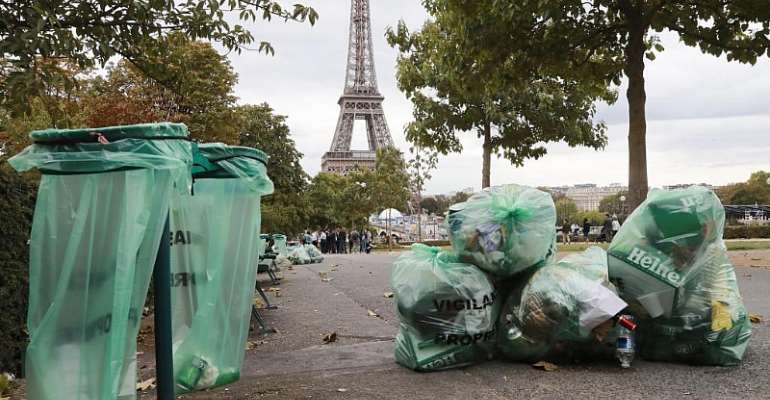 The French National Assembly has approved measures to reduce single-use plastics as of 2040. The proposed ban targets the use of plastic items like food containers and bottles. Officials have praised a "concrete" measure but critics argue it does not go fast enough.

A proposed ban on single-use plastics was first presented to the French Senate in September, but was rejected after a second vote.

On Monday night, lawmakers at the National Assembly this time voted without hesitation for an "objective putting an end to single-use plastics by 2040".

The ban is an amendment to France's anti-waste law and targets "all food packaging, bottles and everything in our cupboards to do with domestic and industrial consumption," explains Laurence Maillart-Méhaignerie, a lawmaker with President Emmanuel Macron's Republic on the Move party, behind the measure.

Lawmakers reckon the legislation, which still needs to be definitively adopted by the French parliament, will help move the country closer to its ambition of a low-waste future.

Strong message
The amendment sets five-year targets for plastic reduction until a definitive ban in 2040.

Secretary of State Brune Poirson said Monday that it sends "a strong message" to industries and to France's European partners.

In March, the European parliament voted to ban single-use plastics paving the way for law to come into force by 2021 across the EU.

"In the long-term, the future of plastics will no longer be single use," Poirson told AFP.

Critics regret that the ban will not come into force until 2040.

No time to wait
The World Wildlife Fund on Tuesday urged the government to act now.

"We cannot wait until 2040 to ban plastic bags, bottles or other disposable plastics in public administrations and at events," it said in a press release.

On social media, Twitter users questioned whether French authorities had grasped the notion of a climate emergency.

Last month, the EU passed a bill in this sense, urging governments to take concrete action to limit global warming to 1.5 degrees Celsius.

Plastic waste
French Green MP David Cormand for his part regretted that the government's "concrete signal" would allow companies to "carry on producing plastic for an entire generation."

The long wait also had some journalists up in arms.