Lebanon asks France and other allies for financial help 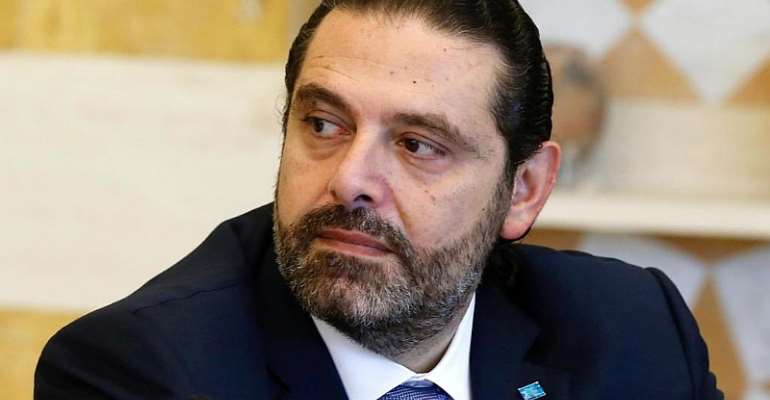 Lebanon has asked France and other allies for help as the country's economy faces a major crisis following weeks of political unrest and years of mismanagement.

Outgoing Prime Minister Saad Hariri asked for credit lines from France, the United States, Russia, Saudi Arabia, Egypt, Turkey, China and Italy, as per a statement from his office.

His request to “friendly” countries is an effort to stem a “liquidity crisis and secure basic imports, critical to preserving food security,” added the statement.

Importers of fuel, medicine and wheat have been warning of pending shortages if the current situation continues.

Political paralysis amid the ongoing demonstrations has aggravated a dollar liquidity crisis that since September has seen banks limit dollar withdrawals and transfers.

With banks failing to provide sufficient dollars, the greenback is selling for more than 2,000 Lebanese pounds on the parallel market for the first time since it was officially pegged at 1,507 in 1997.

Political and economic crisis
The small country, once touted as the Switzerland of the Middle East, has not been immune to anti-government protests.

The country has the third highest public debt to gross domestic production (GDP) ratio in the world at 150 percent.

The finance ministry puts that number at more than 77 million euros.

Shortages have been increasingly on the rise for basic commodities, such as petrol, medical supplies in tandem with a rising cost of living.

The straw that broke the camel's back came on 17 October was an announcement of a monthly tax fee on users of WhatsApp.

Shortly after a few dozen people began protesting outside the government's headquarters in Beirut, which soon grew in size.

Already the protests have succeeded in seeing the current cabinet under Prime Minister Saad Hariri resign. He remains in an interim capacity until a new prime minister is elected.

He has since retracted his candidacy and offered support for the nomination of Samir Khatib, the head of a major contracting and construction company, which sparked late-night protests on 4 December.

President Michel Aoun said on Friday that the economy and finance would be among the main priorities of the next government.

Failing system
Since its' 15 year civil war that ended in 1990, the country's public infrastructure has been stretched to its maximum capacity, particularly in recent years with the arrival of more than a million refugees from neighbouring Syria.

Despite years of warnings about the need to reform and bring down its deficit, governments since the civil war have failed to react.

In its wake, Lebanese suffer daily power cuts and resort to private companies to fill the gaps of government-provided services.

Protesters have finally spoken out against what it calls the rampant and longtime running corruption at the hands of the political elite.

They accuse them of exploiting state resources for their own benefit through networks of patronage and clientelism.

Fragmented system
Added to that is the current political system itself.

Unlike other countries in the region, Lebanon is not dominated by one strong ruler, but instead has a number of leaders and parties that represent the country's varied sectarian groups.

Officially there are 18 recognized sects.
For example, parliament is half Christian and half Muslim. The prime minister must be a Sunni Muslim, the president a Maronite Christian and the speaker of parliament Shi'a.

But many of the youth on the street want to distance themselves from this heavily divisive and fragmented system.