Queens and Kings of Drag - more than just a pretty story! 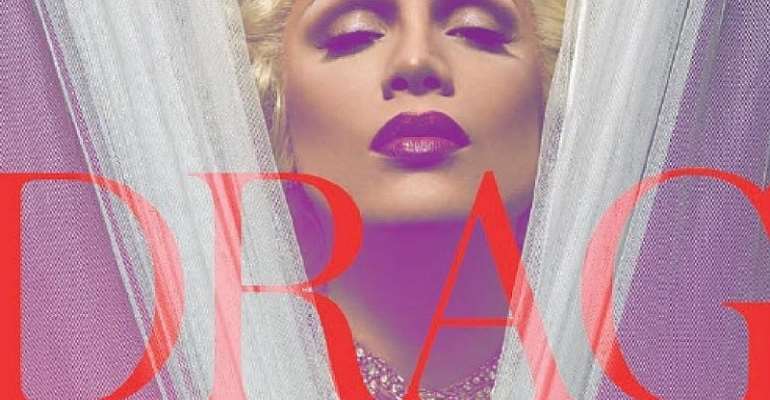 Drag: the Complete Story, a colourful journey from Rome via the Renaissance and on to today's pop culture, has been released this month in French under the title DRAGS, la folle histoire illustrées des vraies Queens.

Simon Doonan spent years compiling the contents of Drag: the Complete story, and the result is a flamboyant ensemble of images and descriptions capturing the art of cross-dressing in all its forms.

It shows just how much a part of popular culture drag has been through the ages from French aristocrats, with their velvet and frills, to men playing women in Shakespearean theatre, through to Hollywood movies and the present day parody of political figures.

Doonan, who describes himself as a writer and a 'bon vivant', says drag was all around him growing up in England in the 60s, from comedians on television to yearly pantomines.

Paris and France provided substantial inspiration for the book, in particular historical figures such as Philippe Duc d'Orléans, Emile Zola's book Nana with its drag kings and lesbian restaurants and Coccinelle, a famous dancer at the Folies Bergères cabaret.

"There was always this louche kind of decadence in Paris that permitted stuff; wearing clothes of the opposite sex which was illegal and frowned upon in more conservatice societies, but in France there was always this permissive, louche, fabulous culture," says Doonan.

Doonan also cites his love of the French equivalent of the swinging sixties known as yé-yé, with singers such as Johnny Hallyday and Sylvie Vartan and clubs such as Chez Michou and Le Monocle.

Paris is a very drag-tastic place as far as I'm concerned!”

Drag culture now?
“We're in this incredible gender revolution right now, with gender fluidity, with many more people transitioning and many more people identifying as drag queens, even young kids or straight women” he explains.

The other reason he felt it was time to do the book was the greater visibility drag is getting thanks to television shows like Ru Paul's Drag Race, on US screens and now available in the UK.

It's "absolutely hysterical," says Doonan, citing the names of some of the contestants such as 'Baga Chiptz', 'Sacka Spuds' and 'Sum Ting Wong' which fit in to the drag tradition of coming up with a droll stage name.

"Ru Paul has brought drag to this global audience and revealed it to be this astonishingly creative medium."

White House and drag satire
Doonan points out that besides the glamour of drag shows, the art has also always been a great way to make political satire.

He agrees that there's no shortage of inspiration coming from today's politics, especially with the election of Donald Trump as US President.

"I think there's been a 'Trump bump' in many areas of creativity, it's inspired people towards activism, and demonstrations of different types and it's had a big impact on drag."

"Alot of drag queens have become more politcised in their message. For the drag kings in America we have Melissa McCarthy imitating Sean Spicer and we have Meryl Streep doing her Trump impersonation."

The author's proceeds benefit the Ali Forney Center to protect LGBTQ youth from the harms of homelessness.