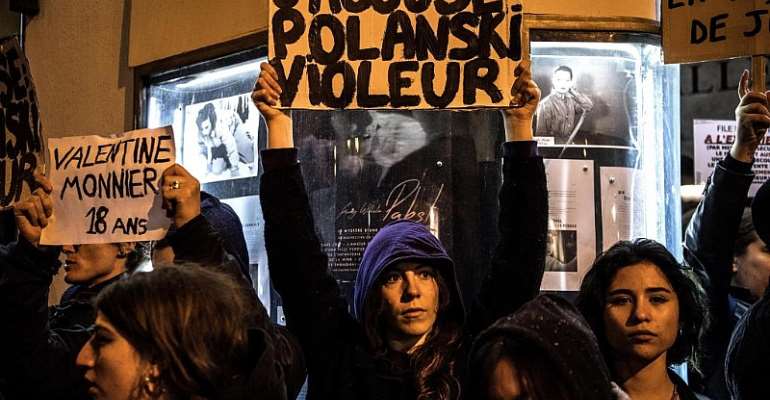 The 86-year-old Oscar winning director was able to avoid protesters by exiting via a backstage door at the Cinema UGC Normandie, on the Avenue Champs-Elysées.

Across town, some 40 protesters successfully prevented the film An Officer and a Spy, or J'accuse in French, from screening at a cinema on the Rue Champollion, in Paris's Latin Quarter.

The demonstrations come days after an open letter was published in French daily Le Parisien, in which a French photographer accused Polanski of raping her in 1975, when she was 18 years old.

Valentine Monnier, now aged 62, said Polanski had attacked her at a chalet in the Swiss ski resort of Gstaad. Monnier said the rape was so violent, she felt she might not survive it. The release of the film, she added, had prompted her to break her 44 years of silence.

However Polanksi's lawyer, Hervé Témime, said the director disputed Monnier's allegations "in the strongest terms, adding that Polanski was considering legal action against the newspaper.

“I want to remind everyone that these allegations relate to events that are 45 years old,” Témime said. “I deplore the publishing of these accusations in Le Parisien on the eve of the film's release."

The Parisian daily said it had spoken with people close to Monnier, who confirmed that she had confided in them about the rape at the time.

Monnier is one of several women who have publicly accused Polanski of sexual assault. Last year the director, who fled the US after pleading guilty in 1977 to unlawful sex with a 13-year-old girl, was expelled from the Academy of Motion Picture Arts and Sciences.