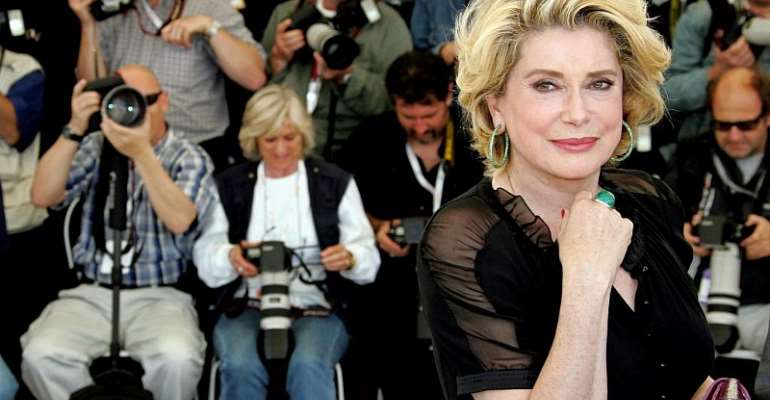 The veteran French actress Catherine Deneuve has been admitted to hospital in Paris after suffering a mild stroke while filming her latest movie.

Deneuve's family said in a statement released Wednesday that the 76-year-old actress suffered a "very limited and therefore reversible" stroke. The statement, by the actress' representative, Artmedia, says "fortunately, she has no motor deficits (but) must, of course, take some time to rest."

The 76-year-old screen icon who made her name in such classic films as Luis Bunuel's "Belle de Jour", Roman Polanski's "Repulsion" and Jacques Demy's "The Umbrellas of Cherbourg", had been shooting her latest film, "De son vivant" ("In her/his Lifetime") when she was taken ill.

A source had earlier told the French television news channel BFMTV that Deneuve was suffering from "exhaustion after doing too much".

As the news of her stroke broke, fans took to social media to post get-well-soon messages and photographs of the star in her prime.

Nicknamed the "ice queen" because of her cool, perfect blonde looks, the director Francois Truffaut said Deneuve was so beautiful "that a cinema-goer finds his happiness simply by looking at her".

Often described as the embodiment of French womanhood, the blonde Deneuve was a fixture at Paris fashion shows and was known for her biting wit.

Last year, she and 99 other French women denounced a backlash against men following the Harvey Weinstein scandal, saying the #Metoo campaign against sexual harassment amounted to "puritanism".