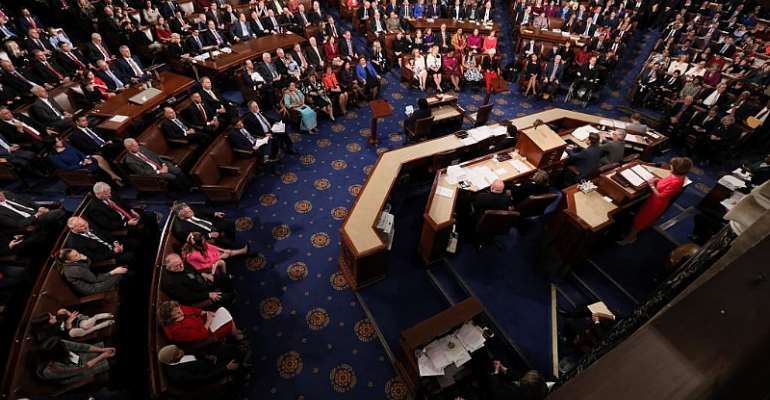 The US House of Representatives has passed a resolution recognising the killings of Armenians by the Ottoman Empire as a genocide. France was the first major European country to make denying the Armenian Genocide a crime in 2001. The US recognition is symbolic, and will inflame tensions with Turkey.

Turkey's foreign ministry summoned the US Ambassador Wednesday over the resolution.

It came as another motion was passed sanctioning senior Turkish officials and the army for Turkey's incursion into northeastern Syria.

The Democratic-controlled House voted 405-11 in favour of the genocide resolution, which says it is US policy to commemorate the killing of 1.5 million Armenians by the Ottoman Empire from 1915 to 1923 as a genocide. The Ottoman Empire was centered in present-day Turkey.

House Speaker Nancy Pelosi said she was honoured to join her colleagues "in solemn remembrance of one of the great atrocities of the 20th century: the systematic murder of more than 1.5 million Armenian men, women and children by the Ottoman Empire".

The genocide has been recognised by some 30 countries, including France, which officially commemorated the genocide for the first time in April.

The US resolution is the first time in 35 years that such legislation was considered in the full House of Representatives. Previous measures stalled over concerns that recognising the genocide could complicate relations with Turkey, a Nato ally.

Turkey accepts that Armenians living in the Ottoman Empire were killed in clashes with Ottoman forces during WWI, but it contests the numbers, and denies that the killings were systematically orchestrated and constitute a genocide.