From Lyon to Los Angeles: the house where Hollywood was born 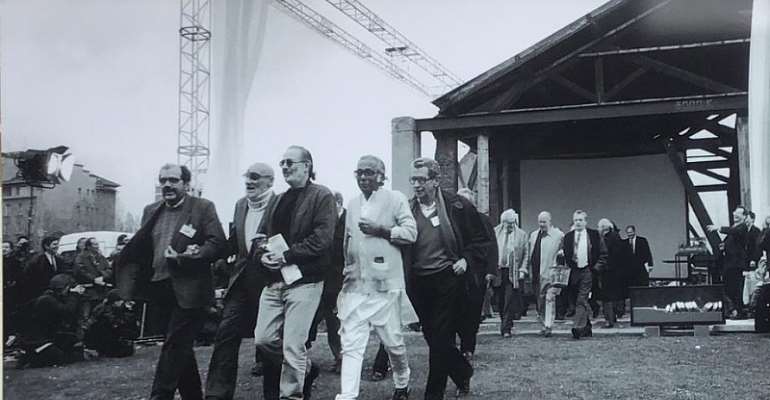 As Francis Ford Coppola recieves an honorary award in Lyon for the eleventh edition of the Lumière Festival, RFI visits the very spot where cinema, as we know it, was born.

Watch films like Tarantino's 'Once Upon a Time in Hollywood', François Truffaut's 'Day for Night' or Joseph Manckiewicz's 'All about Eve', and you get a glimpse of the 'reality' behind the film industry.

But the real origins of cinema are far less flamboyant.

The birthplace of cinema
Humble attempts to capture motion on film had been in place since the middle of the 19th century.

But it was in the Lumière mansion, in the French city of Lyon, that the "seventh art" was officially born.

Locally known at the time as the Lumière château, this bourgeois villa is today a museum showcasing artefacts related to the invention of the moving pictures.

Visiting the villa, one could imagine the inventors, struck by divine inspiration, working night and day to further artistic excellence.

Not at all.
The real reason for inventing the Cinematograph, the first ever film camera, was more prosaic – a 19th century bourgeois industrialist out to make a fortune.

It all started when Antoine Lumière, a painter turned photographer, set up a photographic plate business in Lyon.

His sons Louis and Auguste worked in the family business. In 1881, young Louis developed a new type of photographic plate, and business boomed.

The Lumière family set up a huge factory next to their mansion in Lyon. Fifteen years later, the factory was producing 15 million photographic plates a year.

Before cinema was invented, the "Lumière" brand was already thriving.

The first ever motion picture
In 1894, Antoine Lumière, the father, visited an exhibition in Paris where he saw the Kinetoscope – an early invention by Thomas Edison, where one person at a time could watch moving pictures through a peephole.

Going back to his factory, Antoine Lumière told his sons to work on a similar device, but without a peephole – a device where films could be projected on an external screen, allowing many people to see the images at the same time.

Louis and Auguste Lumière, inspired by their mother's sewing machine, invented a system where perforated celluloid film was rotated around a wheel by a needle and claw system.

One evening, in 1895, the Lumière brothers went to the entrance of their father's factory to test their device.

The resulting film, called 'Workers Leaving the Lumière Factory', was projected at an industrial meeting in Paris in 1895.

History records this as the first film ever made and projected.

The foundation was laid for the biggest entertainment industry in the world today.

Genuis inventors or practical businessmen?
While the Lumière brothers are praised as the inventors of cinema, it is clear that their sole aim was commercial gain. They patented the Cinematograph for their own use, and refused all offers by filmmakers for buying or using their device.

They even discouraged filmmakers of the time from pursuing a career in moving pictures.

So focussed were they in the commercial potential of their invention, they foresaw no future in moving pictures except as a temporary trend to be cashed in upon.

A 19th century startup, if you will.
In 1905, they realised that their invention had surpassed them. They stopped making films and started on another lucrative invention – colour photography.

Skeletons in the closet
But beyond the image of industrialists unconcerned by artistic endeavour, the Lumière brothers have a far more uncomfortable skeleton in their closet.

In the latter part of their career, Louis and Auguste Lumière are accused of being open supporters of Mussolini's regime in Italy.

When France fell under German occupation in 1940, both went on to become civil servants under France's Vichy regime.

In their defense, historians say that their support for these regimes was merely ostentatious, to facilitate their business during the occupation. That even as municipal civil servants under the Vichy regime, they had no real power, and that they were not supporters of fascism nor of Adolf Hitler.

At the entrance, a "Filmmakers' Wall" lists film personalities who visited the spot.

In 2009, under the aegis of the Cannes Film Festival's artistic director Thierry Frémeaux, the Lumière Festival was launched.

Nearly 125 years after the first film was shot in Lyon, the birthplace of cinema remains a memorial ground for cinema's rich heritage.