We Need Clarity On Apparent Contradictions Of CSE — OccuppyGhana To Gov't 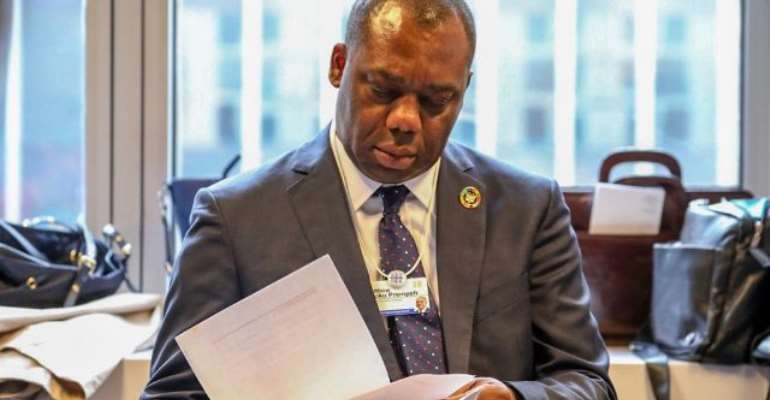 Pressure group Occupy Ghana is asking government to clarify what it says are “apparent contradictions” in statements and actions of its officials regarding Comprehensive Sexual Education (CSE) curriculum.

The groups want government to be definite “on whether such a curriculum is to be implemented at all, and if so what the content would be, is at the heart of the confusion that is festering.”

In a statement Thursday, OccupyGhana specifically wanted a definite position of government on the introduction of a CSE curriculum in our schools among other concerns.

“It should be clear to government that Ghanaians will not accept any CSE or other initiatives that are suspected or believed to be the work of any foreign bodies, and which does not reflect our cultural and religious values and public concerns.”

It said, “We believe that the education of Ghana’s future leaders in relevant subject areas is necessary to build a holistic character in them.”

OccupyGhana has keenly followed the active discussions and strong views on the alleged or proposed introduction of CSE into the curriculum of public basic schools.

The lack of clarity and apparent contradictions in statements and actions by government officials on whether such a curriculum is to be implemented at all, and if so what the content would be, is at the heart of the confusion that is festering.

We note that the Minister for Education has been careful to emphasise that CSE is not a part of the “approved” curriculum and curriculum framework for use by the Ghana Education Service for all public schools, that no teacher has been trained on CSE, and that CSE was not included in teacher resource packs and manuals.

However, we have seen video footage dated February 2019 in which the minister referred to some guidelines and was emphatic that sexuality education should be part of the curricula to be launched in September 2019 “all the way from Kindergarten to Senior High School.”

This, we believe, was at a program held in Accra where Ghana and UNESCO announced the launch of a CSE program called “Our right, Our lives, Our future (O3),” the implementation of which was reported to have already started in 2018.

Further in paragraph 369 of the 2019 Budget Statement, the Finance Minister announced that the National Population Council and “other stakeholders” had collaborated to develop CSE guidelines “for incorporation into the national education curriculum,” and making reference to the National Condom Strategy.

Much earlier in June 2017, the Ministry of Education participated in the launch of the comprehensive sexuality education manual for young people titled “KnowItOwnItLiveIt,” a product of the Planned Parents Association of Ghana (PPAG) and Marie Stopes International Ghana (MSIG).

We note that the GES also participated in the launch and were reported to be developing content for the project. Although there is no evidence that this document would be considered or treated as part of any proposed curriculum, it is difficult to divorce the circumstances surrounding its launch from the current discussions.

Further, we have seen what purports to be a Ghana Government and GES document (the foreword of which bears the following name and title “KWASI OPOKU-AMANKWA (PROF), DIRECTOR-GENERAL, GHANA EDUCATION SERVICE") containing guidelines for CSE in Ghana, and which has modules for teaching CSE from Pre-school to SHS.

Page 8 of this document discloses that “the choice of topics is informed by the six features of CSE in the Bogota Declaration of 2010,” the first of which is captured as “Respect for human rights and diversity with sexuality education affirmed as a right.” The Report issued in Bogota, Colombia in December 2010 and, titled “Comprehensive Sexuality Education: Advancing Human Rights, Gender Equality and Improved Sexual and Reproductive Health,” contains and endorses aspects of sexuality that some Ghanaians might object to.

We have also seen the Teacher Resource Pack of the National Council for Curriculum and Assessment (NaCCA), titled “RESOURCE GUIDE FOR THE ORIENTATION OF PRIMARY SCHOOL TEACHERS TOWARDS THE IMPLEMENTATION OF THE REVISED CURRICULUM FOR PRIMARY SCHOOLS,” and it states at page 11 that CSE was one of the “contemporary issues addressed through the National Pre-Tertiary Curriculum Framework (NPCF).”

It is these and more that make it difficult to accept the Minister’s claim that CSE is not part of the approved curriculum. Even if it has not been formally approved, it is definitely under consideration. Our view is that the time is ripe for full and frank disclosure and a full-throttled debate on the matter and path going forward.

Ghanaians deserve and demand clarity on this once and for all. Specifically, we demand the following:

1. A definite position of the Government on the introduction of a CSE curriculum in our schools;

2. Before any approval or implementation, key stakeholders, including parents, traditional leaders and faith-based organisations must be actively engaged and involved in discussions surrounding it, so that the final product fully reflects our Ghanaian cultural and religious values;

3. If CSE is to be approved for implementation, then the Ministry of Education and Ghana Education Service must publish the detailed contents of the materials via traditional media channels, websites or/and social media; and

4. Parents must be given an “opt-out” option for their wards. Parents whose wards remain in the programme must be supplied the same teaching material that the teachers would use and then constantly engaged by the teachers so that the parents would emphasise their peculiar cultural, religious and other values to their wards as they are exposed to the topics being taught in school.

It should be clear to government that Ghanaians will not accept any CSE or other initiatives that are suspected or believed to be the work of any foreign bodies, and which does not reflect our cultural and religious values and public concerns. We believe that the education of Ghana’s future leaders in relevant subject areas is necessary to build a holistic character in them.

Yours in the service of God and Country