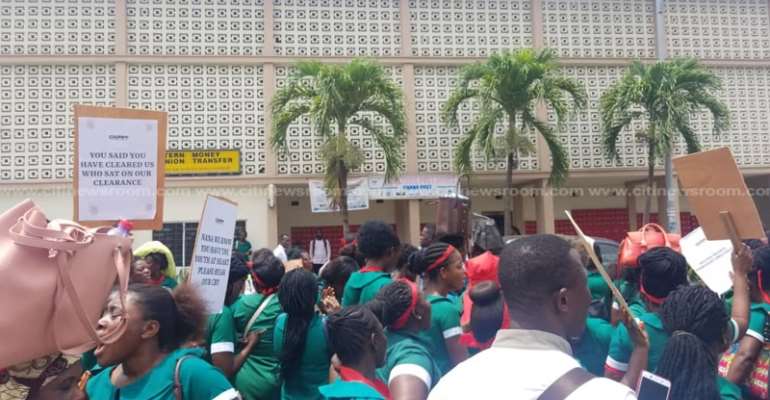 Unemployed private nurse assistants who completed in 2012 and 2016 picketed at the Ministry of Health on Monday to demand postings.

The group was made up of students from private nursing training colleges across the country.

According to them, the Ministry’s inability to post them five years after graduation is untenable.

They conveyed their demands to Citi News as they carried on with the protest.

“Most of us came here for verification in 2016 and the government promised us that all the private schools will be given the chance to get postings. We have waited for long.”

“They have posted some of the degree and some of the diploma nurses; from 2012 to 2016. So we are pleading. The government should come to our aid. We are also humans. If that is the case, they shouldn't operate at all.”

The leadership of the nurses a later met with officials of the health ministry over their concerns.

Addressing the press, the spokesperson for the unemployed private nurse said the head of Human Resources at the Health Ministry had promised they would be captured in the 2020 budget for financial clearance.

He appealed to the government to issue financial clearance from the finance ministry to employ the backlog of thousands of nursing graduates.