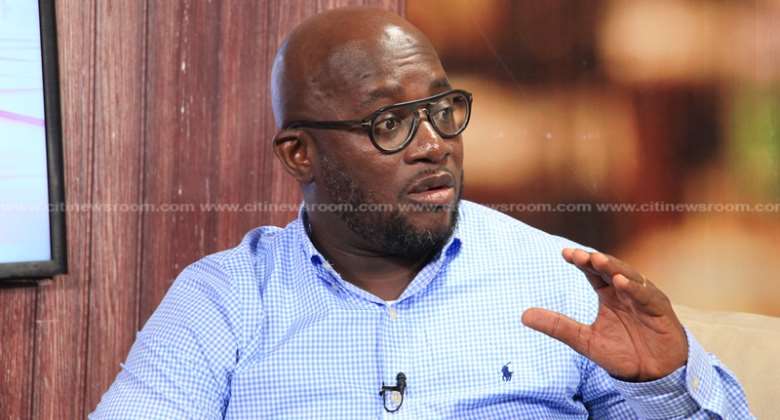 The Member of Parliament for Sekondi, Andrew Mercer has slammed the founder of defunct Capital Bank, William Ato Essien, for his recent media appearance where he claimed innocence in the collapse of his bank.

Speaking on The Big Issue on Citi FM/TV, Mr. Mercer said the whole interview on Metro TV's Good Evening Ghana was a performance.

“I think this really was a charade… when people do the wrong things, they can't come and sit on national TV and pretend to be angels.”

The MP recounted reports of suspected fraud and financial malfeasance that emerged after Capital Bank’s collapse in August 2017.

A BoG report noted that the then-Capital Bank CEO, Rev. Fitzgerald Odonkor may have had is signature forged in the authorisation of certain deals related to the GHc610 million liquidity support to the bank.

The management of the Bank, with the approval of the Board Chair, diverted some of the BoG support or other uses. Some of that money was presented as capital to set up another collapsed bank, Sovereign Bank.

Mr. Mercer also referenced the memo by CEO of the Bank at the time, John Kofi Mensah that emerged following  the collapse indicating that Capital Bank was aware of its capitalisation issues.

The Attorney General earlier in September announced that 50 directors and owners of seven collapsed banks will soon be prosecuted and Mr. Mercer said he “cannot wait for prosecutions to commence.”

“People are going to be held accountable for the acts that they did in the banking sector,” he declared.

Also on The Big Issue, Sydney Casely-Hayford, a member of OccupyGhana, said he was offended by Ato Essien's interview saying “I think that we have reached a new low with these types of entrepreneurs.”

“Ato Essien told very few truths in that interview… For those of us could appreciate what he was putting out there, I have never felt so insulted in my time.”

Capital Bank was found to be owing GHc468 million, which was said to have arisen due to negligence from the Board.

A lawsuit by the Receiver of the bank demanded that Mr. Essien pay back over GHc468 million in shareholder loans and some GHc108 million that was granted to him and his other companies.