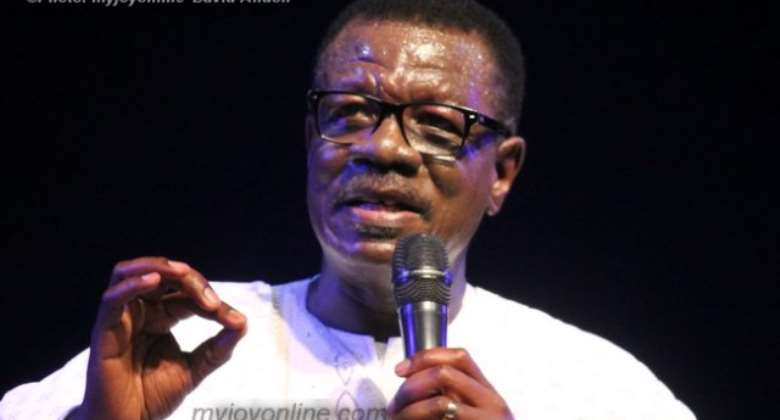 The General Overseer of the International General Gospel Church (ICGC), Pastor Mensa Otabil has denied claims he benefited from loans and acted fraudulently as former board chairman of Capital Bank.

According to Pastor Otabil, the debt of a total of Ghc482 million found on the books of the now-defunct Capital Bank did not result from the negligence of the directors.

The joint receivers of the defunct bank are seeking to recover a total sum of Ghc748 million from shareholders of the bank. Mensa Otabil and his church ICGC are among 15 shareholders and directors of Capital Bank who have been sued over the collapse of the bank in 2017.

The Plaintiffs, Messrs Vish Ashiagbor and Eric Nana Nipah from PricewaterhouseCoopers, said the bank’s collapse was a “direct result’ of defendants’” “‘misgovernance” and “willful” breaches of banking regulations.

Pastor Otabil responded in a statement that, during his non-executive role as a Board Chairman of the bank, some decisions that were made turned out well while some did not turn out as well as had been anticipated.

"As far as I can tell, everything was done with the best of intentions and the interest of various stakeholders in mind.

However, Pastor Otabil in his defence filed at the court says, neither did the board he chaired make any misrepresentation to the Bank of Ghana as regards the payment of the minimum capital required for the granting of the requisite banking license, he added.

Pastor Otabil explained it was the direct result of the plaintiff who identified various outstanding or impaired legacy assets traceable to the microfinance days of the First Capital Plus Foundation which later became a bank.

He said it was these legacy assets that threatened the health of the Capital Bank.

He said they informed the central bank of these non-performing assets.

They also notified the bank of a resolution by the shareholders to accept responsibility for the È¼482 million cedi debt which they resolved to pay back within five years using their dividends.

The shareholders he revealed, placed their shares on the line so the bank could have a clean bill of health.