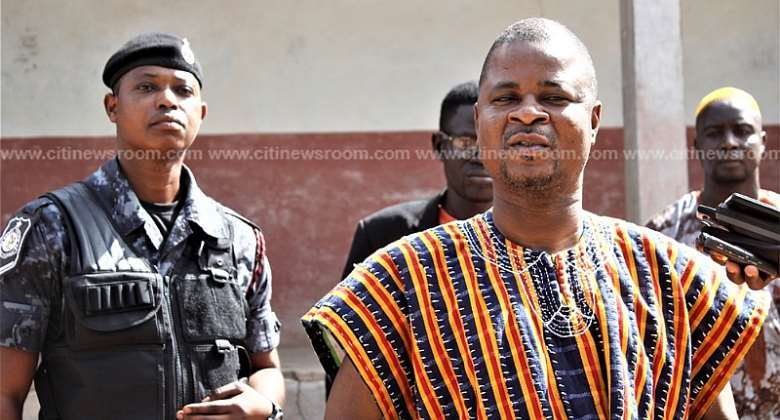 Deputy Attorney General, Joseph Kpemka says his department had no hand in the charges against the three suspects arrested for plotting to destabilize the country.

According to Mr. Kpemka, the Police service was responsible for leveling the charges against the suspects.

“Let me make it clear that the charges that have been proferred are preliminary charges by the Police and not the Attorney General. The Police upon arrest and investigation have come to the conclusion that these charges are maintainable for now.”

“Remember that when they get all their documents ready to enable a prosecution, they gather all their documents, a duplicate docket will be forwarded to the office of the Attorney General. It is at that point that we will review the duplicate docket with all the content and come to a professional determination as to what are the appropriate charges. The charges were proferred by the investigative team based on the facts available, that is the Police,” Mr. Kpemka said on Eyewitness News.

When Eyewitness News host, Umaru Sanda Amadu asked why the Attorney General’s department failed to give suggestions on what charges should be proferred against the suspects, given that it was a high profile case, Mr. Kpemka defended his outfit’s move, saying “that is the procedure in our criminal justice system.”

He also said there is a possibility the charges may change.

The three suspects have so far been charged with conspiracy to manufacture arms and ammunition without lawful authority.

The pleas of the three, Dr. Frederick Yao Mac-Palm, Ezor Kafui and Bright Allan Debrah Ofosu were however not taken by the court.

This followed a request by the prosecutors that the State was still investigating the matter and would want to continue to keep the suspects in custody.

The defence attorneys kicked against the request arguing that the State should have been ready to prosecute the case due to the number of days the accused persons were in custody.

But the magistrate, Rosemond Dodua Agyiri granted the request of the prosecution and urged prosecution to expedite their investigation.

She also directed the State to allow lawyers and family of the accused persons to have access to them.

A joint security operation last Friday led to the arrest of the three suspects after a raid on the Citadel Hospital which Dr. Mac-Palm manages.

On Monday, the government revealed that the raid foiled a plot targetted at the presidency “with the ultimate aim of destabilising the country.”