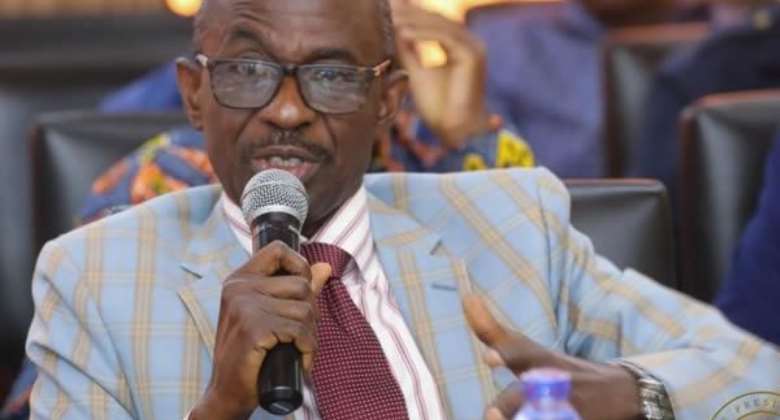 The General Secretary of the National Democratic Congress (NDC), Hon Johnson Asiedu-Nketia, has advised Ghanaians not to fall for the prank being pulled on them by the New Patriotic Party (NPP) regarding the recent claims of a coup plot.

“Don’t be deceived by the hoax of a coup,” he told The Catalyst in a phone conversation yesterday.

The NDC General Secretary said coup hoaxes, is an old trick government’s use in diverting attention from the burning issues, when they come under pressure, and stressed that it is this old trick the Akufo-Addo government is seeking to deploy to deceive Ghanaians.

He said in the past, the Acheampong regime in particular was notorious for coup hoaxes, and that any time the regime came under pressure from the public due to economic hardships, the easy way out for the regime was a claim that it was under a threat of insurgency from Togo. The coup hoax, he pointed out, would then become the main issue for discussion for a long time to enable the government buy some time.

Hon Asiedu Nketia said the Akufo-Addo-led NPP government has come under enormous pressure of late and is battling myriads of scandals at the moment and therefore has resorted to “this hoax of a coup” to divert attention.

The astute politician said, first of all, the NPP government has decided to use this coup hoax in seeking to justify why it bustardised the Emil Short Commission Report by rejecting most of its recommendations.

He said it would be recalled that the Minister of National Security at the Presidency, Bryan Acheampong, had said that he deployed, what the Report refers to as “ a militia”, to the Ayawaso West Wuogun bye-election because the government had picked up intelligence that there was a stockpile of ammunition in the constituency ahead of the bye-election.

According to him, by claiming there was a stockpile of arms at the Citadel Hospital at Alajo and linking that claim to a plot for destabilisation, the Akufo-Addo government intends to subtly rehash its position and justify why it deployed, what the minister of National Security, Mr Albert Kan Dapaah called “our boys” to do what they did at Ayawaso West Wuogon.

He said, just like the Acheampong regime, the Akufo-Addo government also intends to use the coup hoax to divert attention from the many scandals and issues of massive corruption hanging around its neck at this time. According to him, there is enormous pressure from the public on the government due to the untold economic hardships Ghanaians are suffering because of the government’s incompetent management of the economy among others, and this is almost suffocating the government and making it lose control.

The NDC General Secretary said given the kinds of weapons the government claims are involved in the so-called coup plot, it is palpably clear that the government lacks confidence in the armed forces of the country. He could not fathom how a government that believes in the capability of the security services would accept that it could be destabilised with these weapons.

Why go to the IMF when SSNIT can give you the money you need...
9 minutes ago

Northern Ghana is underdeveloped because of underinvestment ...
37 minutes ago