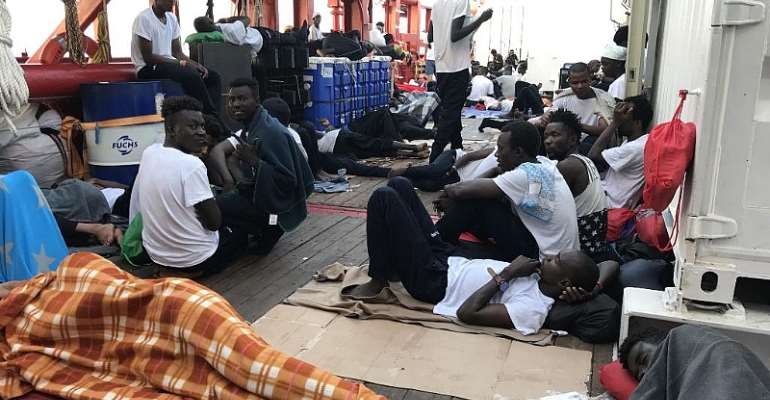 French President Emmanuel Macron has declared that France "cannot welcome everyone", the latest in a series of comments suggesting tighter new laws on immigration.

Macron set the tone last week when he hinted at a tougher line on immigration in the second half of his mandate, arguing the government must stop voters drifting to far-right parties.

The president noted that France had seen a sharp increase in the numbers of people asking for asylum since the 2017 presidential election and said much tighter European cooperation was needed.

Macron's comments come as the French parliament is set next week for a major debate on migration policy, with the lower house National Assembly discussing the issue on Monday and the Senate on Wednesday.

There should be a debate about how much and what kind of free medical aid is currently automatically available to undocumented migrants, Macron said, but he stressed that to cut it completely would be “ridiculous”.

Nevertheless, he remarked that "in order to be able to welcome everyone properly, we should not be too attractive a country".

Help immigrants integrate
He also made clear that he wanted applications for asylum to be processed more quickly so that genuine refugees could benefit faster from French protection.

Another priority, he said, was to help immigrants integrate successfully by increasing access to French language courses and jobs.

He noted that illegal immigrants are not being sent back to their countries quickly enough and the system needs to be “much more efficient".

The French president, whose first term expires in 2022, is keenly aware that his biggest political rival remains Marine Le Pen and her anti-immigration National Rally party.

Reactions to his latest stance on immigration from politicians on the right and far-fight have been sceptical.

Jordan Bardella, vice-president of the National Rally suggested Macron would not follow his words with concrete actions and that he was simply electioneering.

Some members of Macron's own centrist LaREM party have expressed unease at the president's new tone on matters around immigration.