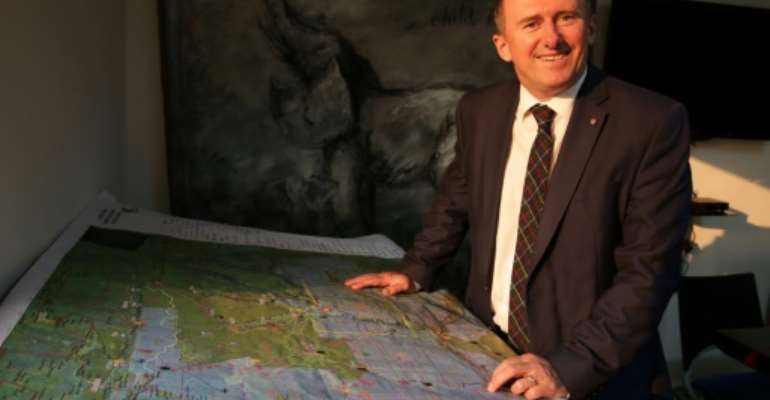 Prevention is better than cure.

That's the underlying philosophy of a new accord signed on Sunday between Norway and Gabon, which will become the first African country paid to preserve its forests in an effort to fight climate change.

"Norway is committing to compensating us for reducing emissions," forestry minister Lee White told AFP in an interview in New York, ahead of a UN climate summit on Monday.

The tropical forests of the Amazon, Equatorial Africa, and Indonesia are the world's major carbon sinks. Their trees and vegetation absorb and trap carbon dioxide, a greenhouse gas, in colossal quantities.

International attention is mainly focused on deforestation, such as in the Amazon, but what about countries like Gabon, a former French colony which has not succumbed to over-exploitation and is almost 90 percent covered by forest?

According to the contract, Norway will pay Gabon $10 for every ton of carbon not emitted, relative to the Central African country's annual average between 2005-2014, and up to a maximum payout of $150 million over ten years.

"They will pay us because we have not deforested, and because we've managed logging responsibly, and reduced emissions linked to logging," the British and Gabonese national said, speaking in French.

Biologist White became a minister in June, having worked in Gabon for three decades as an environmental campaigner, leading National Geographic to call him a "real-life Tarzan."

Gabon wants to keep exploiting its forests but in a way that is sustainable, which White said is feasible.

Eighty percent of Gabon's emissions are linked to exploitation of its forests, he said.

Beyond their use for timber, trees are felled to make way for roads used by trucks and for tracks used by bulldozers, while falling trees can damage or destroy others on their way down.

"If we can reduce the width of roads, cut trees in a direction that minimizes damage, reduce the size of bulldozer tracks, and boost forestry rotation periods, we can take lots of steps to reduce emissions," he said.

Although $150 million is not a huge amount of money, "for me, what's more important is the principle," said White.

The hope is that by agreeing to pay $10 per ton, Norway will push up the global price of carbon.

Gabon is not exempt from scandals, such as one involving a huge, illegally logged haul of kevazingo tropical hardwood, which led to the vice president being sacked and White being appointed.

The highly expensive wood is used in furniture, especially in China.

Seized stocks will be auctioned off, said White, and he hopes to re-authorize legal logging in 2020 or 2021. He believes current stocks will last a year or two.

When it comes to wildlife, White is pleased that the country has successfully curbed elephant poaching. After China's 2017 decision to ban the sale of ivory, its price in Gabon fell from 150 to 30 euros per kilogram, he said.

"On elephants, we've made progress, but sadly, when it comes to pangolins, the trade is going up."

"Each time we shut a door, it seems like another one opens," he added about the scaled mammals, which are prized for their use in traditional Chinese medicine.

"The price and quantity of pangolin scales being exported from Central Africa are soaring," he said.