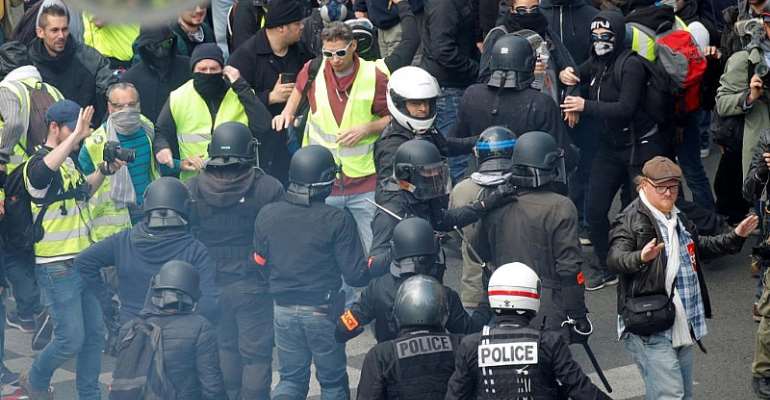 A security presence "identical to that of May 1," with the deployment of 7,500 members of the police, will be in place in Paris on Saturday where a number of protest movements will converge, the Paris police chief Didier Lallement has said.

Faced with people who "obviously want to take revenge" and have already announced that they “will stop at nothing," Lallement warned at a Friday press conference that the security forces are ready to deal with any problems.

"We will have the forces necessary to prevent destructive acts," he added.

"We have changed our strategy and mode of intervention," he continued, emphasising the "mobility and speed" of law enforcement agents.

To intervene anywhere in Paris, they will have 180 motorcycle police, as well as a number of highly mobile police squadrons in reserve.

In order to enable firefighters to intervene more quickly, they too will have motorcycle units, added the prefect.

Didier Lallement also appealed to the organisers to take action to "guard against those who want to fight dirty”.

Preventing violence
The prefect explained that there would be "forces in front of and around" processions to prevent the formation of violent groups, as was the case on May 1st. That day, 40,000 people demonstrated in Paris in traditional Workers' Day marches, which were joined by Yellow Vest protestors.

In addition to the 7,500 police forces deployed, launchers and armored police units will be mobilised on Saturday.

Several events are planned across the capital for Saturday, which also sees the start of the annual National Heritage Weekend.

45th Saturday
For their 45th Saturday of protest, the Yellow Vests have scheduled meetings at the Place de la Madeleine at 9:00am, and the Champs-Elysées at 10:00am, but have not declared any itinerary.

Social activist groups Attac and Solidaires have also organised a rally in the morning at the Madeleine, despite the refusal of permission for their march by the police authorities.

In addition, a demonstration against pension reform at the call of the trade union Force Ouvrière will leave Duroc at 1:30 pm to go to Denfert-Rochereau.

Finally, the March for the Climate will start from Nation heading towards the Parc de Bercy at 2:00pm.

The Paris police have extended their prohibition of protests in the "adjacent streets of the Champs-Elysées", as well as Trocadero, the Bois de Vincennes and the Bois de Boulogne.