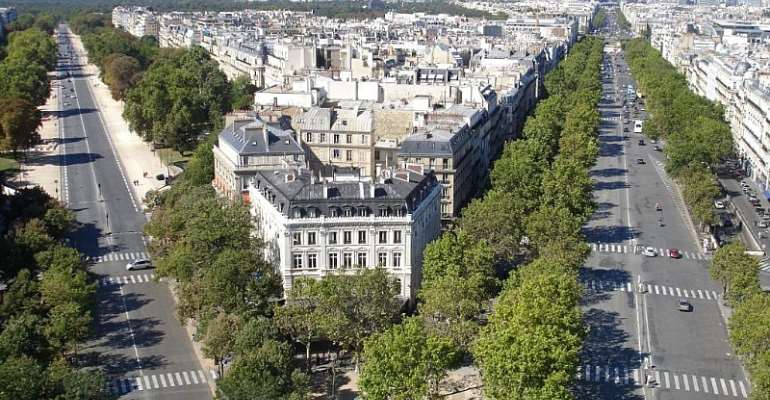 The sister of Mohammed ben Salman, Saudi Arabia's crown prince, has been found guilty by a French court for being complicit in beating up and detaining a plumber who was taking photos at a luxury flat in Paris.

Princess Hessa bint Salman, 42, King Salman's only daughter, was not in court for the verdict or sentencing. She was found guilty of sequestration and theft of the plumber's telephone, as well as complicity in violence. She received a ten-month suspended prison sentence and a 10,000 euro fine.

The incident took place in 2016 on in a block of flats owned by the Saudi royals on Avenue Foch, near the Champs Elysees.

The plumber said he was working on the seventh floor, and had been called to the fifth floor to repair a damaged sink. He said he took pictures of the bathroom in order to carry out his work.

He told police that the princess got angry when she saw her reflection in a mirror caught on film, and she ordered her bodyguard, Rani Saida, to tie him up.

The plumber said the bodyguard punched and kicked him, broke his phone and made him kiss the princess' feet while his hands were tied behind his back, while she treated him like a dog.

The princess said she feared the photos could be used to harm her and her older half-sister. She left France shortly after and the case was tried in abstentia.

The court also found the bodyguard, Rani Saida, guilty on charges of violence, sequestration and theft. He was in court for the verdict, and he was sentenced to an 8-month suspended jail term and a 5,000-euro fine.

Her lawyer said most of the plumber's declarations were false, and called the verdict "inexplicable". He said he would appeal. The sentence was harsher than prosecutors had requested (the prosecution had asked for a six-month suspended sentence and a 5,000 euro fine).

It is not clear whether the ruling will complicate relations between France and Saudi Arabia, which have been tested by the murder of Saudi journalist Jamal Khashoggi, and more recently by the Iran nuclear deal.

French President Emmanuel Macron is determined to salvage it. Saudi Arabia has adamantly opposed it, along with the United States.