We Prefer Trade To Aid — Okyeame Kwame To Gov't 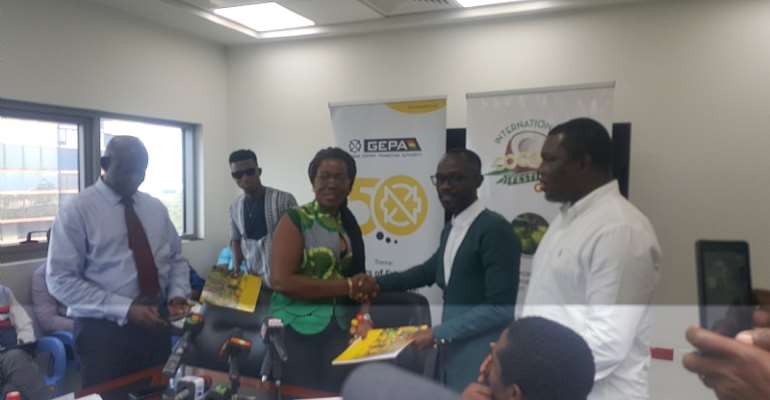 Hiplife musician, Okyeame Kwame, has called on government to focus on trade and job creation rather than depending on the benevolence of foreign organisations and governments.

Speaking during the launch of the first International Coconut Festival in Accra, the rapper assured organisers and the Ghana Exports Promotions Authority (GEPA) of his resolve to promote the commercial cultivation of coconut across the country.

"We cannot use prayers and promises to catch the dollar, the economists know it is wrong. Until we create a value chain of things that will help create jobs and put money in the pockets of farmers, sellers, producers and exporters, we will not be able to move Ghana forward," he stated.

Okyeame Kwame and Kofi Kinaata have been named ambassadors of the maiden edition.

Bawumia calls for greater unity, cooperation between Muslims...
32 minutes ago