Brexit: Rudd believes that 'leaving with a deal' is not the UK government's goal 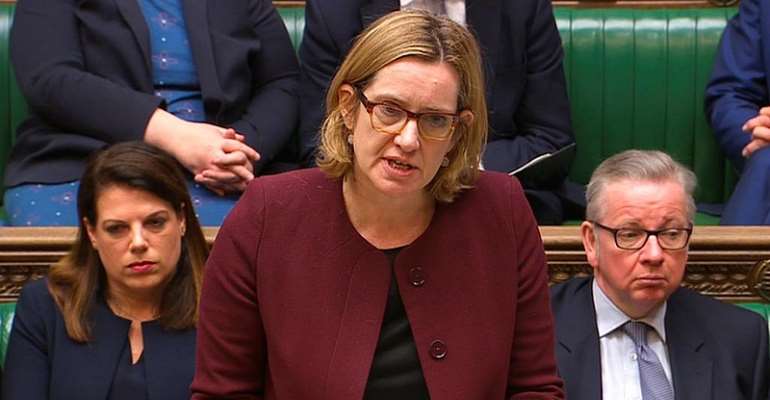 On Saturday, Rudd said that she could no longer endorse Johnson's approach to negotiations with Brussels, or handling of domestic politics.

Rudds reaction
"I have resigned from Cabinet and surrendered the Conservative Whip," Rudd tweeted.

"I cannot stand by as good, loyal moderate Conservatives are expelled," she said referring to Johnson's decision to expel 21 MPs from the Conservative party for voting against the government on Brexit.

Rudd said in her resignation letter that she felt uneasy about Johnson's commitment to take Britain out of the EU on October 31 even if the two sides fail to reach a negotiated deal, adding that she did not believe that “leaving with a deal is the Government's main objective.”

“The Government is expending a lot of energy to prepare for 'no deal' but I have not seen the same level of intensity go into our talks with the European Union, who have asked us to present alternative arrangements to the Irish backstop,” she observed in her letter of resignation.

Rudd, who voted for the UK to remain in the EU, will be replaced by Therese Coffey also a remainer.

No British alternatives
Meanwhile, Irish Prime Minister Leo Varadkar said on Monday that the European Union had not received from Britain any alternatives to the so-called backstop provision in the Brexit divorce deal.

"We haven't received such proposals to date," Varadkar said during a visit by UK Prime Minister Boris Johnson ahead of their first face-to-face talks since the British leader took power in July.

"No backstop is no deal," he added, noting the meeting between the pair was "an opportunity to see where there might be common ground".

The backstop is a provision in the withdrawal agreement Johnson's predecessor Theresa May struck with Brussels to keep the Irish border open regardless of the outcome of Britain's future relationship with the EU.

It would keep the country in the bloc's customs union until a long-term solution to trade terms is agreed.

Johnson on Monday reiterated his stance that the provision must be scrapped in order for the two sides to reach a compromise deal ahead of Britain's October 31 departure date.

He struck an optimistic tone on the prospects of finding a deal on the contention issue.

"I do think there's a way through," Johnson said, without providing further details, describing a no-deal Brexit as "a failure of statecraft for which we would all be responsible."