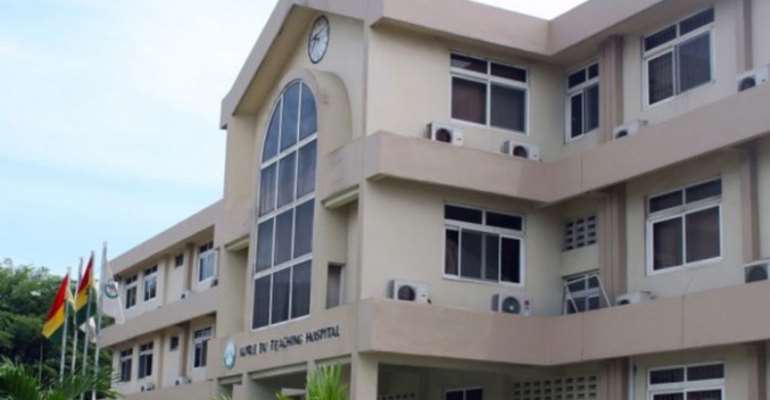 Persons seeking DNA analysis at the Korle-Bu Teaching Hospital in Accra would have to look elsewhere following the non-functioning of the gadget at the facility.

Those who show up at the referral facility are in the light of the situation directed to alternative facilities.

The facility is largely patronized by persons seeking paternity details but with the non-functioning of the gadget, turn to the Forensic and Science Unit of the Criminal Investigations Department under the Ghana Police Service and other private health facilities.

Chief Biomedical Scientist at Korle-Bu Teaching Hospital, Augustine Segoe, one of the brains behind the establishment of the laboratory, who spoke on an Accra based media outlet and monitored by DAILY GUIDE,has expressed worry about the situation.

He has therefore called for support to make the facility functional.

For his part, Seth Agyemang Deputy Chief Biomedical Scientist at Korle-Bu Teaching Hospital noted that the facility was unable to sustain the use of the machine due to reasons which are being handled at the management level.

According to him, the lab has been left with the only option of running basic testing for the facility although the facility is supposed to do specialized testing and not routine testing.

“Korle-Bu is big and a tertiary hospital so we are supposed to be doing specialist testing, especially when you have staff well trained in molecular diagnosis and other specialist testing. It is like getting trained in school and not having the needed machines to work with.”

“So to me, for Korle-Bu to maintain its level, we are supposed to be doing specialized testing, and this is the least testing other hospitals in other countries would do which we don't have. We are supposed to be a referral centre where other health facilities have to refer to Korle-Bu so it's very critical that we do specialized testing and not routine testing,” he indicated.

Meanwhile, information gathered by DAILY GUIDE indicates that the DNA testing machine was reportedly taken away by the owner after management of the hospital failed to fulfill their side of the contract signed with the supplier.

Shortly, the facility stopped doing DNA testing in 2014 and shut down after it had worked for about 3 years, leaving the facility in a deplorable state.